TG4, the Irish language television channel is an independent statutory entity (Teilifís na Gaeilge). The channel has been on-air since late 1996.

TG4 is a free-to-air channel, available across all the viewing platforms, with a strong viewer base throughout the island of Ireland. An average of 1.27m people a week watch TG4 in the Republic of Ireland. TG4 is the 6th most popular channel in Ireland with an average share of 1.83% (1.92% in peak-time).

This is a very creditable performance in what is one of Europe’s most competitive national television markets, with a very high percentage of homes subscribing to satellite, cable or IP platforms that make available scores of TV channels and players that offer a wide choice of content.

As a broadcaster that believes in regional development, TG4 focuses on sourcing content and services from companies which operate through the Irish language, many of which are located in Gaeltacht and regional areas.

The Government is providing current funding of €36.733m to TG4 for 2021 and capital funding of €4m.  TG4 also derives income from selling commercial air-time and programme sponsorship.

TG4 is acknowledged as one of the most efficient and cost effective television stations in Europe.

The channel’s signal covers the island of Ireland.  It is receivable by aerial on Saorview (ROI) and Freeview.  All Sky satellite customers in Ireland receive TG4 as do all UPC cable subscribers in the Republic and Virgin Media cable customers in Belfast as well as Eircom TV users.  TG4 is also available worldwide via our Player, on the iOS App for iPhone and iPad and on the Smart TV App. 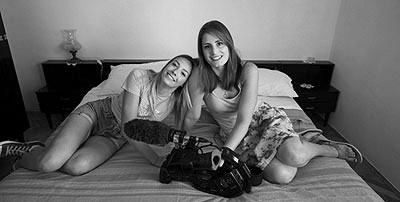 The channel’s programmes have achieved national recognition, prestigious prizes and awards at home and abroad and sales overseas.

Music, documentary and sports coverage have earned particular praise for TG4.  Its regular soap-opera, Ros na Rún has made its mark as has the channel’s distinctive news service, Nuacht TG4. 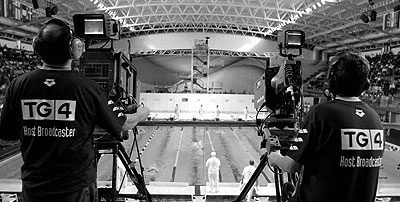 TG4 employs a dedicated core staff of 80 people from all parts of Ireland at its Connemara Gaeltacht headquarters.

The high-skill employment generated by TG4 is of particular importance in the Gaeltacht areas.  The channel is the largest and most strategically important investor in the future of sustaining the Gaeltacht.

TG4’s Irish language output is available world-wide on the TG4 Player which provides a live stream of the TV output as well as an archive of the channel’s recently broadcast Irish language programmes.

Surveys and audience feedback confirm that TG4 is satisfying its core Gaeltacht and Irish language public as well as the wider national audience and a growing number of overseas viewers too.

TG4 is a public service broadcaster.  The functions and duties of TG4 (Teilifís na Gaeilge) are set out in the Broadcasting Act 2009. The entity has a twelve member board, currently chaired by Siún Ní Raghallaigh.  TG4 receives a programme supply of 365 hours of Irish language programming annually from RTÉ, at no cost to TG4, as specified in the Broadcasting Act 2009.

TG4 has premiere exclusive live TV rights for a number of top GAA competitions including the National Leagues, Minor and Under 21 and Club Championships in hurling, football and Ladies Gaelic Football, extensive rugby rights including live rights for the Guinness PRO14 league and live coverage of the Tour de France.

The channel provides a daily programme schedule in Irish for children and young people.  Both the Cúla4 zones and the Ponc strands for young adults provide a wide range of entertaining and top-quality content in Irish and represent an attractive and entertaining daily point of contact with Irish in a context that is totally different to school.  TG4 is the most positive and high-profile Government policy for the Irish language for the past fifty years.  The project has received the support of all parties and Governments since 1992.  The channel’s programmes have achieved national recognition, prestigious prizes and awards at home and abroad and sales overseas.