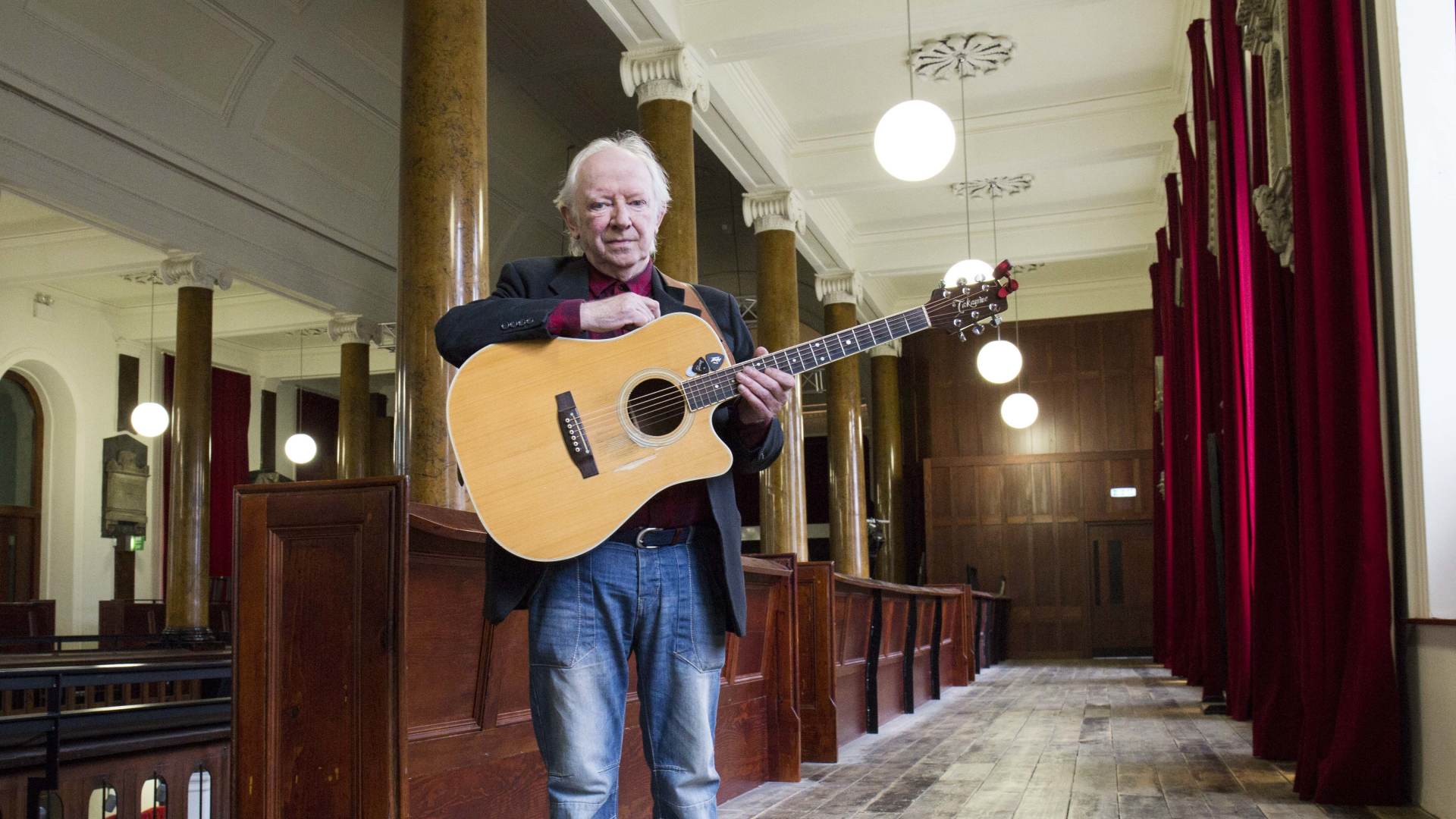 TG4 are deeply saddened by the news of Arty McGlynn’s passing. Arty was the recipient of the Gradam Ceoil TG4 Lifetime Achievement Award in 2016. He was revered throughout the world of traditional music as a pioneering and influential guitarist.  Through his work as a soloist, accompanist, composer and arranger he has helped to bring the guitar right into the mainstream of traditional music and has inspired a generation of musicians to push the boundaries of the music and the instrument.

Born into a musical family near Omagh in Co Tyrone in 1944, Arty was surrounded by music and song and was encouraged by his parents to take up music.  His father played accordion, his mother was a fiddle player and by the time Arty was five years old he had taken to music like a duck to water and was soon playing reels on the accordion.

When he was eleven, his mother got him a guitar.  This encouraged Arty to start along another creative path so he began to explore the world of jazz which appealed to his natural creativity. Influenced by recordings of virtuoso guitarists such as Wes Montgomery and Barney Kessel, Arty rapidly developed an accomplished technique and style that saw him playing professionally with bands by the time he was fifteen. During the 1960’s and 1970’s Arty spent a lot of time on the road touring and in recording studios and this was an intense period of working within an industry that didn’t always make it easy for an individual artist to find time and space to flourish. By the mid 1970’s, Arty felt the need for a change and before long he returned to Irish traditional music.

In 1979 he released the classic album McGlynn’s Fancy  a ground-breaking work that continues to influence the position and direction of the guitar in Irish traditional music. On this album, Arty revealed another side of his musical identity by going back to the well of tradition and the influence and inspiration of local musicians such as John Loughran and Felix Kearney. He also established himself as a thoughtful and creative arranger as well as a composer, and it’s no surprise that since then McGlynn has always been in demand as a soloist, accompanist, producer, arranger and composer.

Arty and his partner Nollaig Casey established a productive and successful career in performance, composition and arranging and have released two highly acclaimed albums- Lead the Knave and Causeway and their music has featured on film soundtracks including Moondance and Hear My Song.