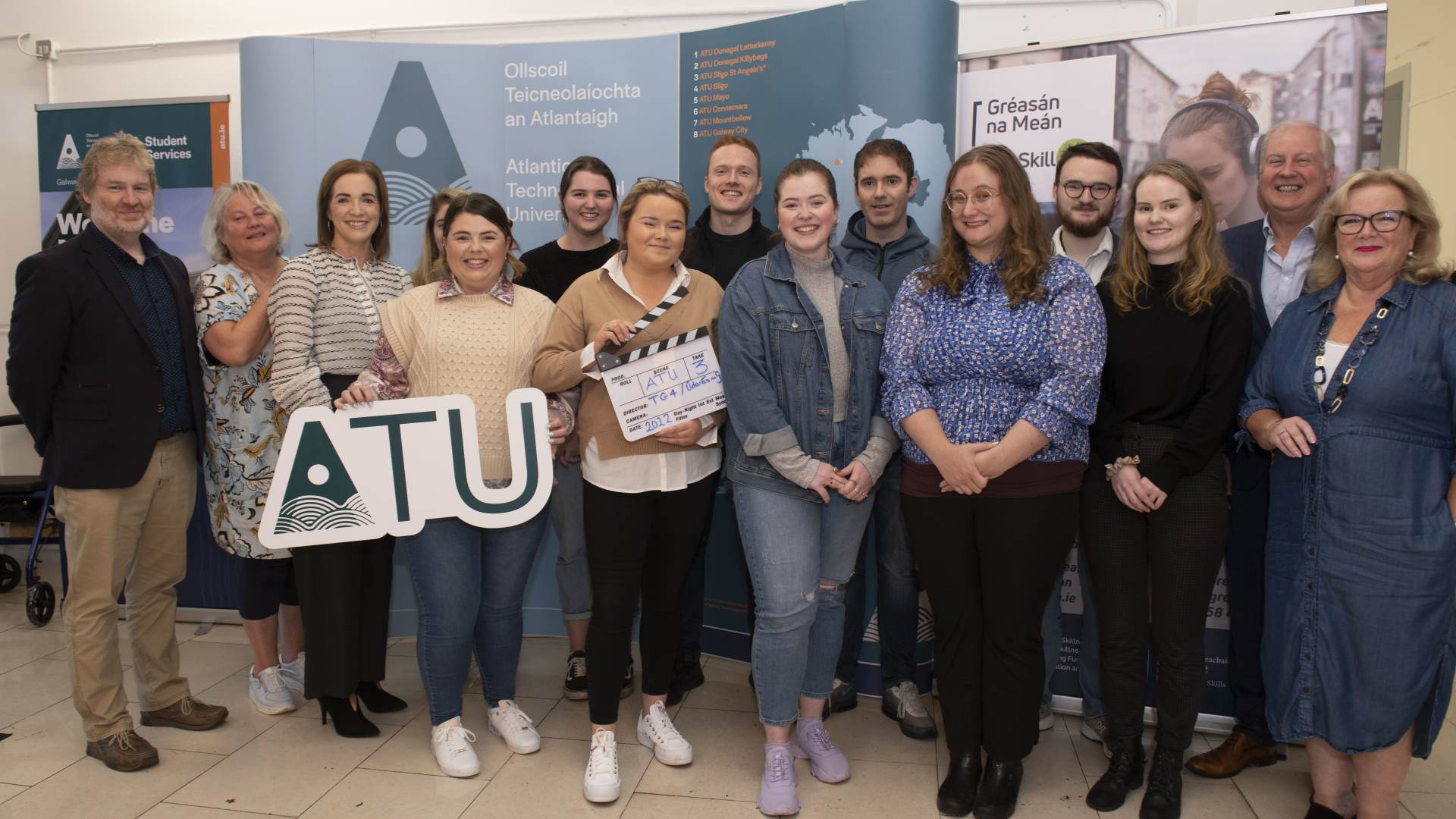 A Media Training Development Scheme by TG4 and Údarás na Gaeltachta began today at Atlantic University of Technology’s Cluain Mhuire Campus. This is the third year of the scheme which aims to support production companies in the independent sector to develop the skills and talent of their production staff and encourage an emerging talent pool to work in the sector.

TG4 and Údarás na Gaeltachta will make an investment of €160,000 each in the scheme. Additional training for participants of the scheme will be conducted by Gréasán na Meán Skillnet, Atlantic Technology University and CREW. Participants will be awarded A Level 8 credit in Media Practice at the end of the scheme.

Thirteen candidates in total have been selected for the scheme who will be located in ten companies from Donegal to An Rinn.

Alan Esslemont, Director General of TG4, said: “I am very pleased that the Media Training Development scheme in partnership with Údarás na Gaeltachta is taking place for a third year. The scheme has been very successful over the past two years. In its Post-Covid Vision, one of TG4’s targets is to strengthen the independent production sector and build upon the audio-visual industry in Gaeltacht Regions. I wish the participants this year the best of luck and I look forward to seeing their work on TG4 screens in the future.”

Colm Ó Coisdealbha, Interim Chief Executive of Údarás na Gaeltachta said: “We are delighted that the scheme is available again for the third year as a result of our collaboration with TG4. Údarás na Gaeltachta has spent many years working with the creative media industry and it is wonderful to see the demand for this dynamic, innovative scheme and the development of a stream of talented people and new skills in the audio-visual and Irish language digital media sector in 2022.”

Celine Curtin, Head of Department Creative Arts & Media, Atlantic Technology University said “The Level 8 Qualification in Media Practice is a dynamic and innovative opportunity for trainees to gain an introduction to the industry while developing hands on experience in independent production companies. The partnership between ATU, TG4, Údarás na Gaeltachta, CREW and industry aligns perfectly with developments in ATU’s programmes in Film & Documentary and Creative Media. All this positive collaboration makes for exciting developments in the sector.”