TG4 is delighted that 5 of its projects will be screened at the 2022 Galway Film Fleadh. TG4 and Screen Ireland will also host a networking event at the Fleadh on Saturday 9th July, for Producers interested in creating content in the Irish language.

The next CINE4 film, Tarrac, is to receive its premiere at this year’s Galway Film Fleadh. It will be screened at the Town Hall Theatre Friday 8th July at 9pm. 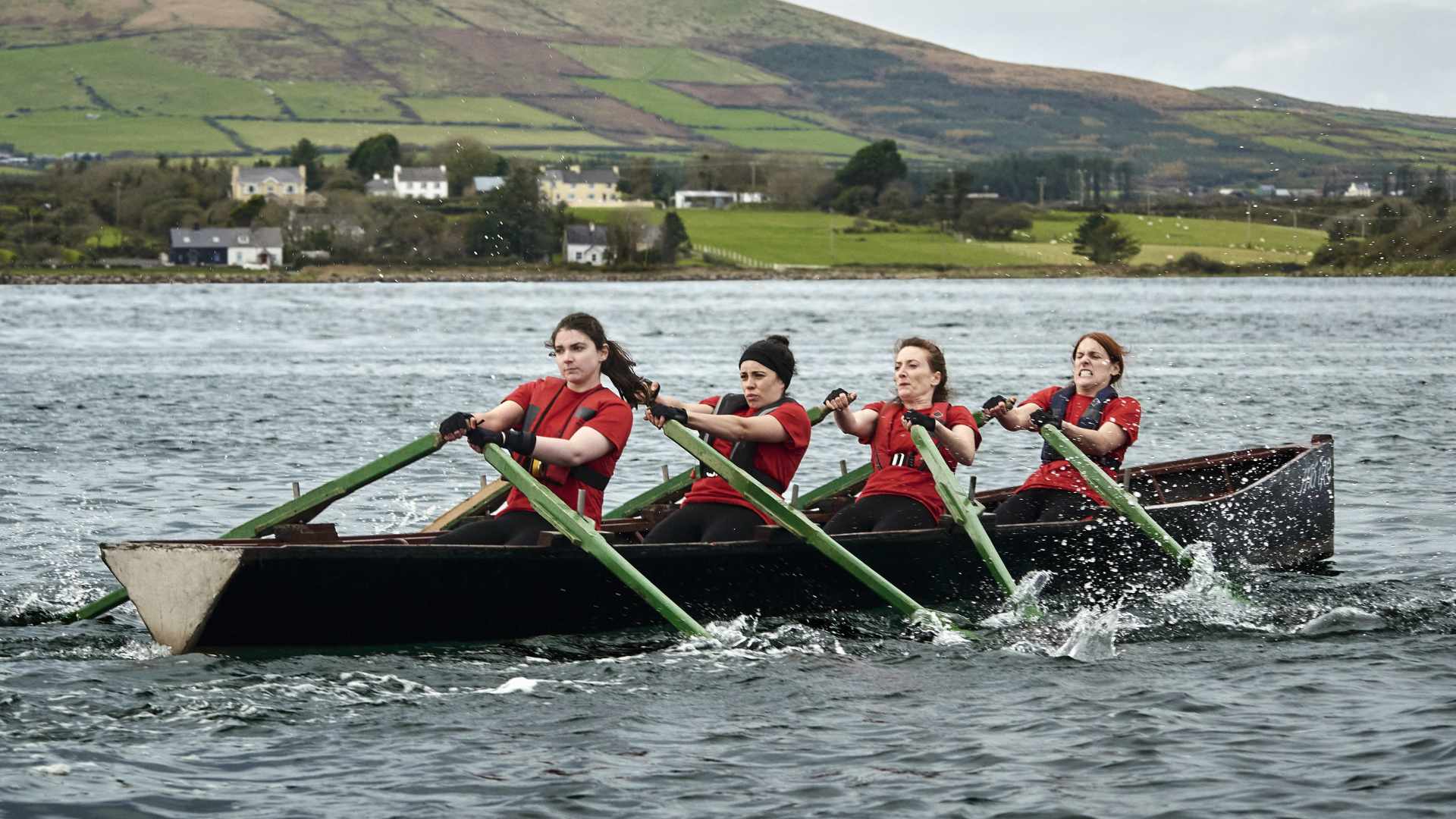 Tarrac is an intimate character drama set in the Kerry Gaeltacht. Aoife Ní Bhraoin returns home to help her father, Breandán ‘The Bear’ Ó Braoin, recover from a heart attack. Day to day they get along just fine. As we dig a little deeper we find that there is so much that has been left unsaid about the loss of Aoife’s mother. Directed by Declan Recks, written by Eugene O’Brien and produced by Clíona Ní Bhuachalla. Cast includes Kelly Gough, Lorcan Cranitch, Kate Nic Chonaonaigh, Kate Finegan, Rachel Feeney & Cillian Ó Gairbhí. Tarrac – Galway Film Fleadh

Another from the Cine4 pot is Róise & Frank which will be showing at the Town Hall Theatre at 6pm on Wednesday 6th July. Róise + Frank is a family film has been a hit at festivals since its release earlier this year. Awards for the film to date include, a Dublin Film Critic Circle Award, Best Ensemble at the Dublin International Film Festival and Audience awards at both the Santa Barbara and Sonoma International festivals. Róise & Frank was written and directed by Rachael Moriarty and Peter Murphy, produced by Macalla. It’s been two years since Róise lost her husband Frank. Isolated by grief, she has cut herself off from family and the village community. The arrival of a mysterious dog, who seems intent on connecting with her, heralds a huge change, but is it for the better? The dog loves hurling and steaks, has a favourite armchair in Rósie’s house, and an aversion to her neighbour, Donncha. Writers: Peter Murphy & Rachael Moriarty. Producer: Cúán Mac Conghail. Cast: Bríd Ní Neachtain, Cillian Ó Gairbhí, Lorcan Cranitch, Ruadhán de Faoite, Michelle Beamish, Claire O’Connor, Peadar Cox & Deaglán de Paor. Róise & Frank – Galway Film Fleadh

Cine4 is an Irish language film scheme supported by Screen Ireland, the Broadcasting Authority of Ireland (BAI) and TG4.

Aisling Trí Néallaibh – Town Hall Theatre Thursday 7th July 2pm – World Premiere. Aisling Trí Néallaibh (Clouded Reveries) is an intimate exploration of Doireann Ní Ghríofa’s world and creative process. It is a film about memories, motherhood and the mysterious nature of creativity. Captured through intimate performances of her own work and in-depth interviews, the film reveals Ní Ghríofa’s creative impulses and journeys with her to the heart of her inspiration: her homeplace in Co. Clare. Funded by The Arts Council & TG4 through the ilDÁNA scheme. Director: Ciara Nic Chormaic. Producer: Sharon Whooley. Clouded Reveries – Galway Film Fleadh

Also screening will be An Buachaill Gealgháireach – Pálás Sunday 10th July 1pm. An Buachaill Gealgháireach is the remarkable and untold story of a song. An Irish song called “The Laughing Boy” written by a teenage rebel Brendan Behan in memory of another iconic rebel, Michael Collins – the centenary of whose death is commemorated this year. This song also had an extraordinary and dramatic afterlife as “To Gelasto Paidi,” the powerful left-wing anthem of resistance against the dictatorship that ruled Greece in the late 60s and early 70s. Translated by the poet Vassilis Rotas, Behan’s words in Greek were set to music by the legendary Mikis Theodorakis, the most famous Greek composer of all time. The song remains an enduring and potent cultural force in the heart of Greece today. Director: Alan Gilsenan. Writer: Theo Dorgan. Producers: Kathryn Baird & Sheila Friel. An Buachaill Gealgháireach – Galway Film Fleadh

TG4 and Screen Ireland will host a networking event for producers at the Rowing Club at 2pm on Saturday 9th July. We welcome producers, directors and creatives to the announcement of a new Irish language development fund in partnership between Screen Ireland and TG4. The new fund is for producers & creators interested in developing drama and documentary projects.  This informal social afternoon is also an opportunity for those in the industry to meet or reacquaint themselves with the TG4 commissioning team, discuss ideas and hopefully sow the seeds for future creative relationships.  Fáilte roimh dhaoine le smaointe!
Fáiltiú TG4 & Fís Éireann ag an Fleadh – Galway Film Fleadh