13 nominations received by TG4 in total for IFTA 2022 awards 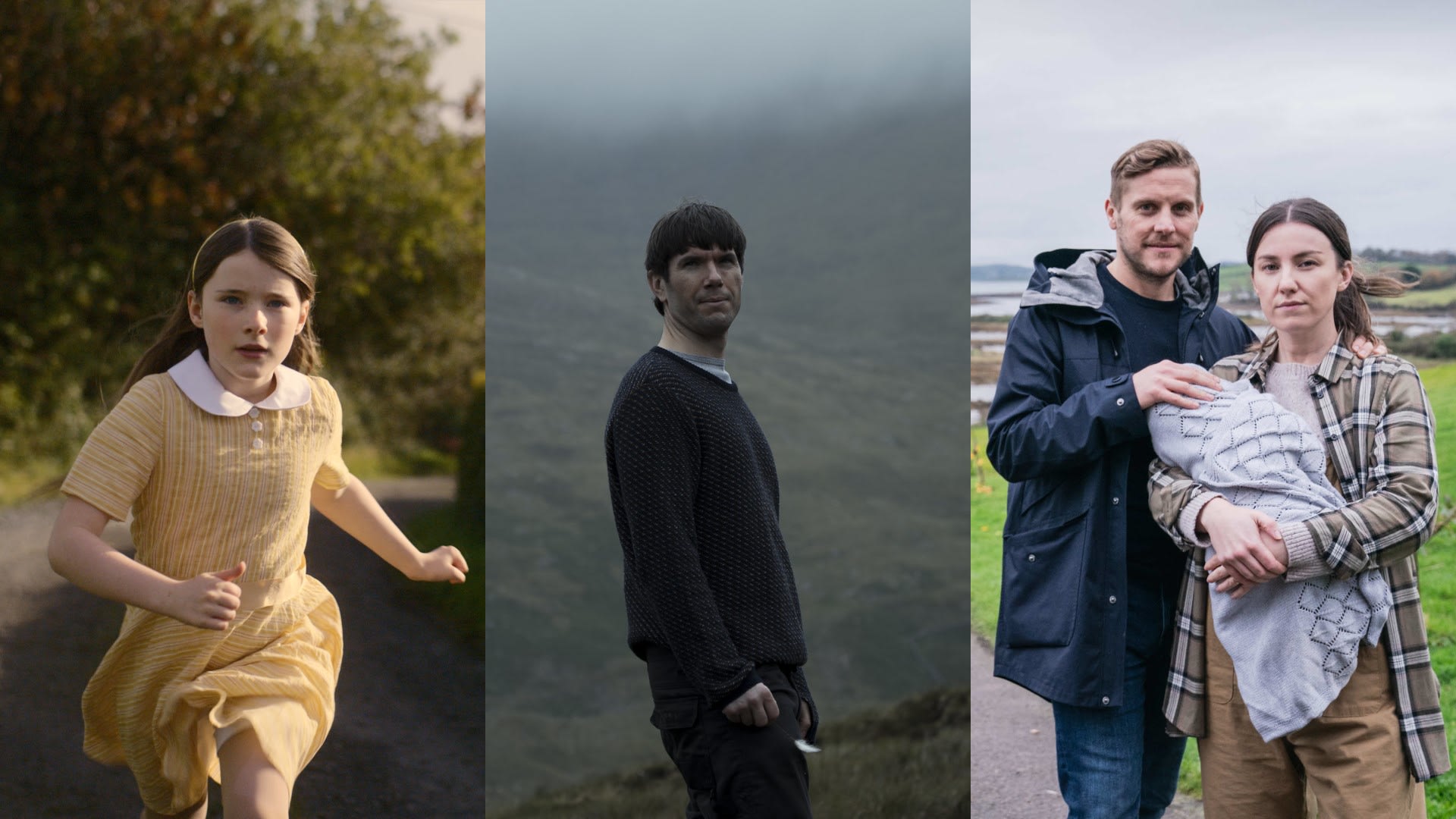 An Cailín Ciúin tells the story of Cáit (Catherine Clinch) – a nine year-old girl from an overcrowded, dysfunctional family who is sent away to live with foster parents for the summer. Despite a warm reception from the woman, Eibhlín (Carrie Crowley), the man of the house, Seán (Andrew Bennett), keeps his distance from Cáit and she from him, but over time, their strained relationship begins to deepen. Slowly, in the care of the Kinsellas, Cáit blossoms and discovers a new way of living. But in this house where there are meant to be no secrets, she discovers one painful truth. The film is the feature film debut of writer/director, Colm Bairéad and producer, Cleona Ní Chrualaoi of Inscéal. The film has been nominated for ten IFTA awards, including Best Film, Lead Actress Film for Catherine Clinch and Supporting Actress Film for Carrie Crowley.

Based on the acclaimed story, Foster by Claire Keegan, An Cailín Ciúin is a complex and delicate coming-of-age drama that explores questions of family, neglect and loss through the eyes of its young protagonist. An Cailín Ciúin premiered at Berlinale the Berlin International Film Festival earlier this month and won The Grand Prix Award for Best Film from the Generation Kplus International Jury and a Special Mention from the Jury. It will open the Virgin Media Dublin International Film Festival tomorrow evening, and will be screened at the Glasgow Film Festival next month. The film has been highly praised by critics so far. This is the fourth film from the CINE4 scheme, following Finky (2019), Arracht (2020) and Foscadh (2021).

Foscadh which was Ireland’s entry for the Oscars’ Best International Feature Film category will be in cinemas across the country on the first day of Seachtain na Gaeilge on March 1st and in select cinemas from the 11th of March. The film was produced by Magamedia and is based on the book The Thing About December by Donal Ryan. Foscadh, is a poignant meditation on isolation, neurodiversity, and letting go of the past, set in the wild mountains of Connemara, tells the story of naïve recluse John Cunliffe who is suddenly propelled into manhood at the ripe old age of 28. When his overprotective parents pass away, friendless John inherits mountain land that is in the way of a lucrative wind-farm development, and he is forced to navigate the choppy waters of romance, trust and vengeance for the first time. Written and directed by Seán Breathnach, stars Dónall Ó Héalai (Arracht), Fionnuala Flaherty (An Klondike), and Cillian Ó Gairbhí (Blood). Dónall Ó Héalaí is nominated by IFTA for Lead Actor Film and Cillian Ó Gairbhí for Supporting Actor Film. Trailer: https://youtu.be/eWkA2BgjaLU

Doineann received one nomination for Lead Actor Film for Peter Coonan. In Doineann, a woman and her baby son go missing on a remote Irish island. Her husband must put his trust in the island’s retired policewomant’s a story about a woman and her little son who go missing on a remote island in Ireland. Doineann is produced by Doubleband films and is the debut film of Damian McCann and written by Aislinn Clarke. Trailer: https://youtu.be/bEvKxjkEkIg

Director General of TG4 Alan Esslemont congratulated all the nominees saying, “Congratulations again to the Inscéal team, Cleona Ní Chrualaoi and Colm Bairéad and all the team who produced ‘An Cailín Ciúin’. The ten nominations by IFTA are a recognition of the quality of the film, both acting and cinematography. I would also like to congratulate Magamedia on the two nominations for Foscadh and Doubleband Films for its nomination for Doineann and the commissioning teams in TG4 for all their work on these films. It is of great pride for us to see TG4 and CINE4 at the heart of the film sector at home and internationally. In 2022, numerous high-quality Irish language films will be shown in cinemas across Ireland and at International Film festivals.”