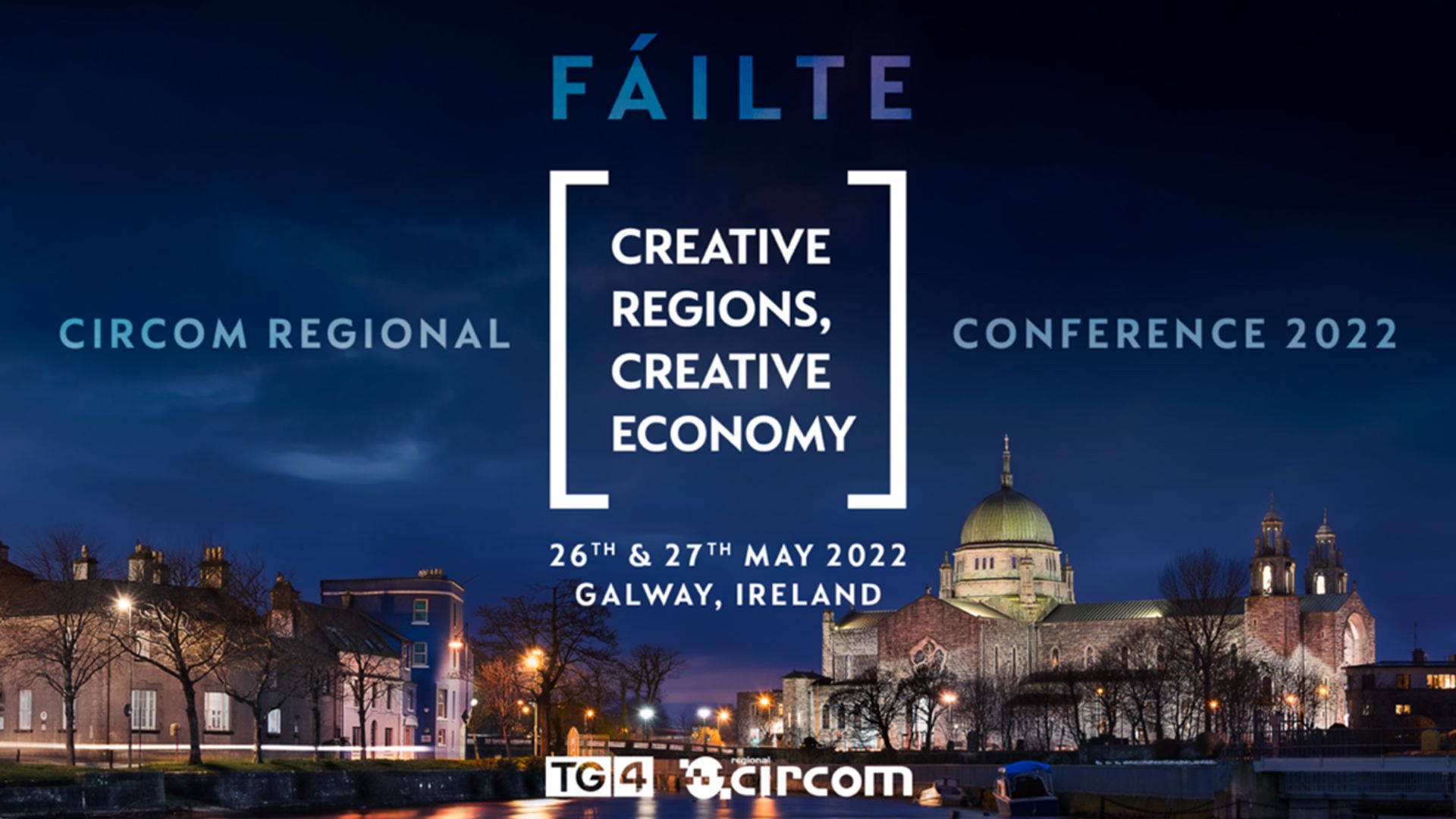 TG4 will host over two hundred delegates who will travel to Galway from across Europe to take part in the 38th Annual Conference of CIRCOM Regional from May 25-27th. CIRCOM is a Professional Association of Regional Public Service Television in Europe. The theme of this year’s conference is “Creative Regions, Creative Economy”. The three-day conference will feature topics of Sustainability of Journalism Creative Regions: Creative Economies, Digital Transformation, Reaching Young Audiences, Climate Coverage in News, PSB Prominence and the role regional public service broadcasters can play in influencing the cultural and economic vibrancy.

TG4 is Europe’s most westerly-based broadcaster and supports employment, development and sustainability of talent in Ireland’s regions. As the media world globalises regional broadcasters and regional storytellers offer a unique position as guardians and exponents of the true values of public service broadcasting. Demand for audiovisual content and the value of public service media is stronger than ever despite changing audience viewing habits.

TG4 Director-General Alan Esslemont said “I congratulate all those at CIRCOM who have been involved in shaping this year’s key conference topics of Sustainability of Journalism, Creative Regions: Creative Economies, Digital Transformation, Reaching Young Audiences and PSB Prominence. It is a truly compelling and forward-looking programme and I look forward to excellent discussions. As our media world globalises and becomes more homogenous, I believe that regional broadcasters and regional storytellers will move to centre-stage as guardians and exponents of the true values of public service broadcasting.”

Victor Pickard, Professor of Media Policy and Political Economy at the University of Pennsylvania’s Annenberg School for Communication, has written extensively on the role of media in a democratic society. He will join Olaf Steenfadt who heads the Journalism Trust Initiative at the press freedom watchdog Reporters Without Borders and Razan Ibraheem, Irish-Syrian journalist and senior analyst with Kinzen to discuss the sustainability of journalism. Dr. Richard Burnley from the EBU and Kate Biggs, Director from Ofcom will join Liam Boyle from the BAI to discuss measure to ensure prominence of public service media.

The keynote on Creative Economy will be from John Newbigin OBE, a special advisor to the UK Minister for Culture, Rt Hon Chris Smith MP. He was closely involved in developing the UK government’s first policies for the creative industries in the 1990s. The topic of how PSBs ensure Climate is kept top of the agenda will be discussed with Erika Bjerström who was appointed as the first ever Global Climate Correspondent at Swedish National Television (2020) and Tara Peterman award-winning journalist and Executive Producer of RTÉ’s Climate Change coverage.

As part of the conference events, journalists will take part in a 3-day digital journalism course at National University of Ireland, Galway.