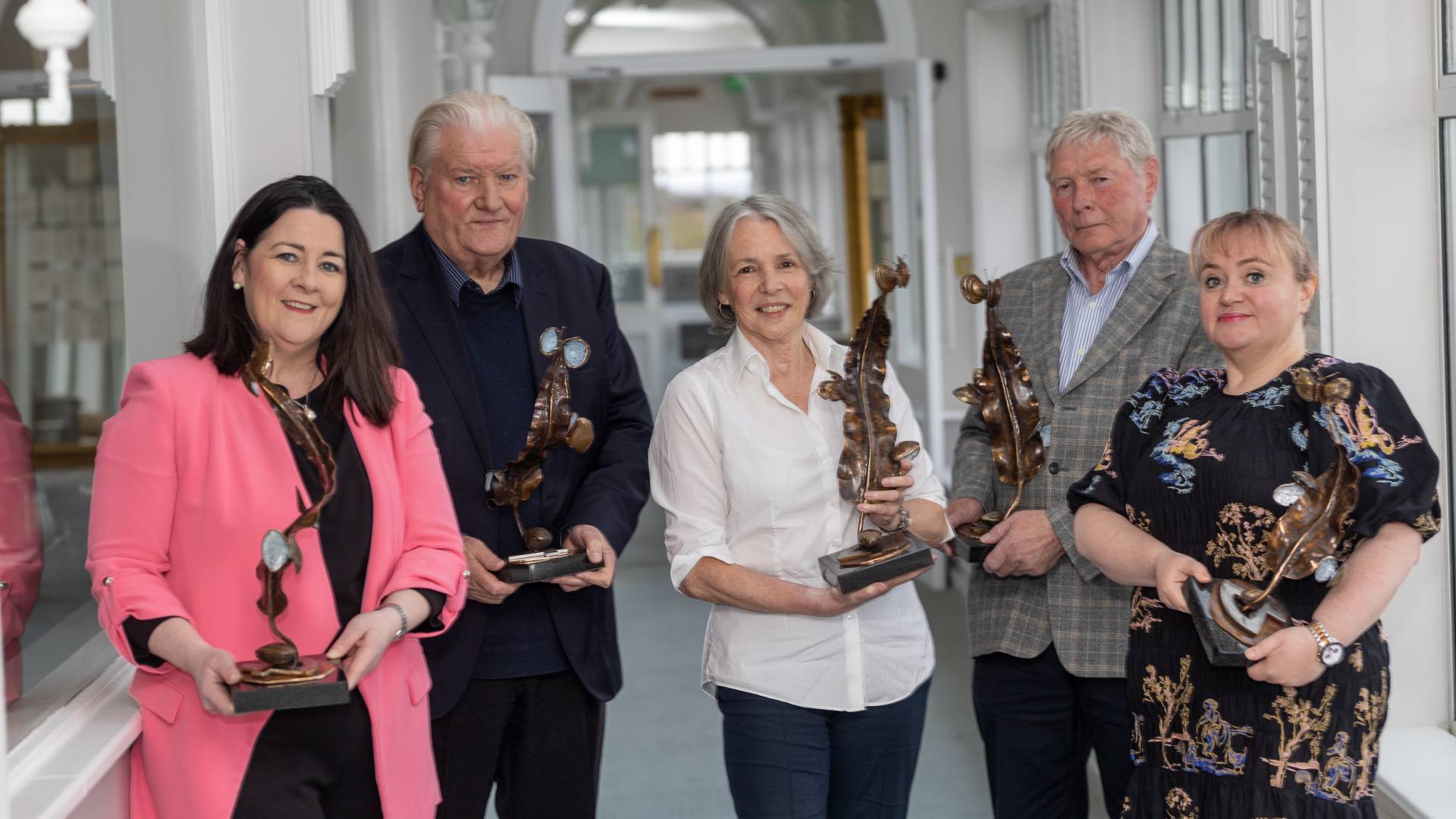 The tenure of five members of TG4’s Board came to an end on April 16th. The five members are TG4 Board Chairperson, Siún Ní Raghallaigh, Des Geraghty, Michelle Ní Chróinín, Mairéad Ní Cheoinín and Micheál Seoighe. The members all served two five-year terms on the TG4 Board.

TG4 Director General Alan Esslemont thanked the outgoing members, saying, “On behalf of TG4, I would like to thank the board members sincerely for serving two five-year terms on TG4’s Board. TG4 has achieved great things since the inception of this board of which we are very proud. TG4 continues to gain Government’s confidence in our audience and growth strategy. I would particularly like to thank TG4 Chair Siún Ní Raghallaigh for her leadership and continuous commitment to TG4. I wish the new board that will be appointed soon by the Government every success.”

Outgoing chairperson of TG4’s Board, Siún Ní Raghallaigh is from Donegal. She was one of the founding members of TG4, as Director of Finance & Business and later as Director of Marketing and Development. Siún has gained recognition as a leader in the creative sector. She was CEO of Ardmore Studios and Troy Studios until 2021. She worked as Managing Director with Tyrone Productions, and Head of Finance with Tribune Newspaper Group . She founded her own independent television company Ikandi Productions. Siún Ní Raghallaigh is a member of the Board of Galway Film Fleadh and The Atlantic Academy.

The departing board members thanked TG4 staff and the independent production sector for their continued dedication and work. They congratulated Alan Esslemont, TG4’s Director General on his vision, energy and strategy for TG4 and wished the new board every success.

The Board of Teilifís na Gaeilge was established in April 2007 under the provision of the Broadcasting Act, 2001. The board consists of a chair and 11 members, including the Director General in an ex-officio capacity and a staff representative. The appointments are made by the Minister for Tourism, Culture, Arts, Gaeltacht, Sport and Media. Frank Reidy and Bríd Ní Fhachtna were re-appointed to the board in 2020 and the term of Mairéad Ní Nuadháin, Siobhán Ní Ghadhra, Darach Ó Tuairisg, and staff member Seán Ó Domhnaill continues.

The vacancies on TG4’s Board will be advertised on Stateboards.ie shortly.