Coverage kicks-off on RTÉ and TG4 on September 24. Connacht, Munster and Leinster all live in Round 1 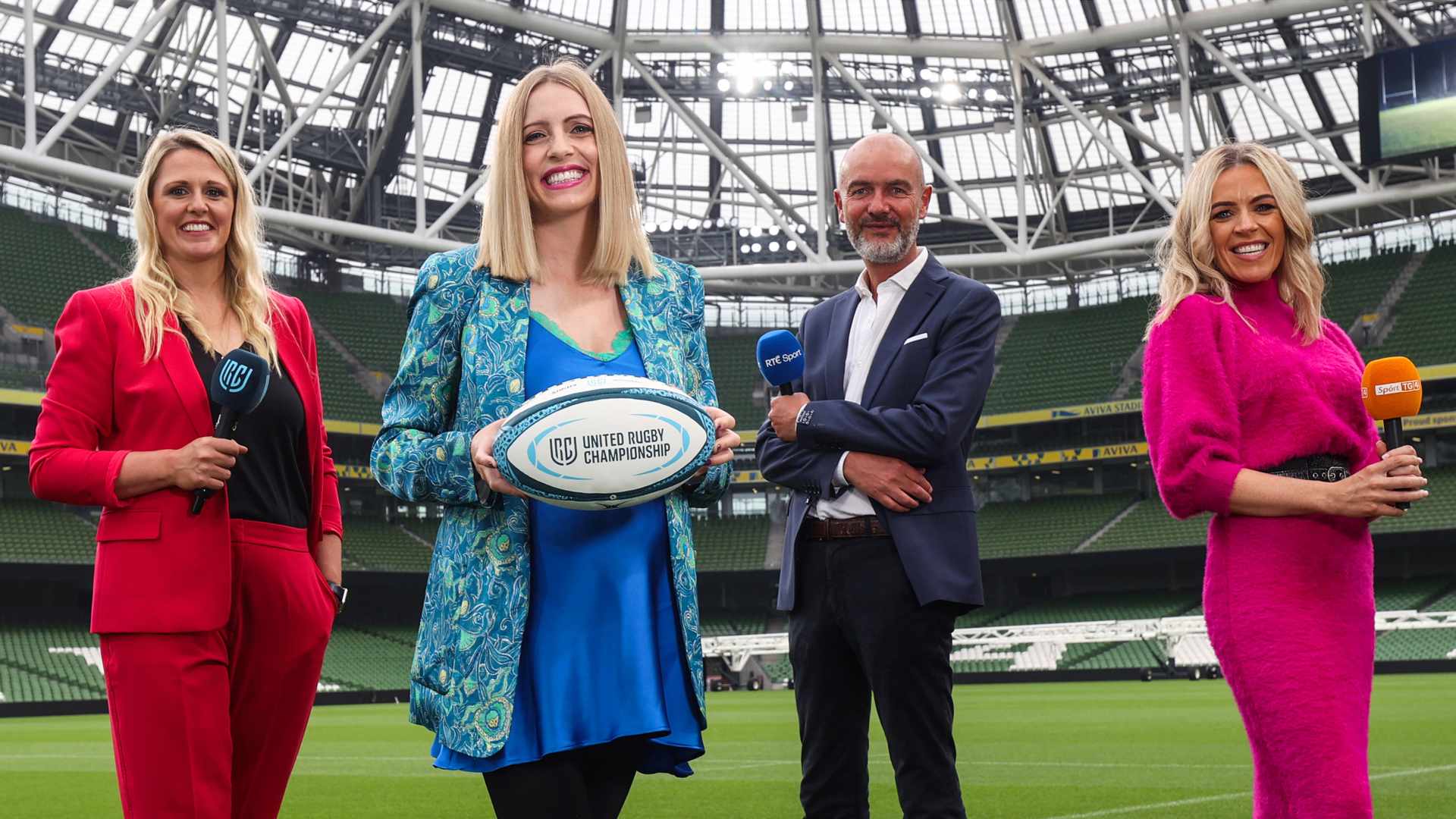 As the brand-new URC is officially launched, RTÉ and TG4 have announced that together they will deliver over 150 hours of world class club rugby to Irish audiences free-to-air.

Games involving all four Irish provinces will be live and free-to-air on Irish television as the URC kicks off its inaugural season next weekend.

RTÉ and TG4’s live, free-to-air coverage of the new United Rugby Championship begins with Connacht live on TG4 on Friday 24 September, followed by an action-packed rugby Saturday (25 September) as Leinster are live on TG4, and Munster live on RTÉ.

RTÉ will broadcast live television, radio and online coverage of 26 games featuring the Irish provinces in the league, plus additional knockout matches. There will also be extensive highlights and analysis each week on Against the Head on RTÉ2 and RTÉ Player.

TG4’s Rugbaí Beo will continue to be the station’s flagship rugby programme and will broadcast 26 games involving Irish provincial clubs and an additional 16 games featuring international club sides. Spórt TG4 will also have exclusive behind the scenes action from the competition across its social media channels.

The URC final will also be delivered free-to-air with RTÉ and TG4 broadcasting it live on alternate years.

Declan McBennett, Group Head of Sport, RTÉ said: “Throughout the year RTÉ Sport has seen the very best of Irish athletes compete domestically and internationally against first class opposition at an elite level. Being in a position to provide free-to-air coverage of the provinces to our audience in the newly reconstituted URC adds a further dimension to that and allows us to ensure our best rugby players are seen and seen to inspire future generations who want to one day wear their provincial and national jersey.”

Rónán Ó Coisdealbha, TG4 Head of Sport said: “TG4 has been bringing interprovincial rugby to Irish Audiences since the first days of the Celtic League in 2001, and we are looking forward to taking this next step with the URC and to see the South Africa ‘Super’ teams become part of our Rugbaí Beo line-up. This partnership with RTÉ galvanises TG4’s commitment to provide the best of sporting action to our audiences, and to making that coverage free-to-air and accessible to all fans.”

Martin Anayi, CEO, United Rugby Championship said “The widespread return of URC and the provinces to Free-to-Air television in Ireland is a real cause for excitement and we can’t wait for that energy to be unleashed on the opening weekend with some cracking games on RTÉ and TG4 involving Leinster and Munster against two of South Africa’s heavyweights in the Vodacom Bulls and Cell C Sharks. We have talked about the potential of our new partnership with RTÉ and TG4 and now we get to see if come to life in a week’s time.”

TG4’s Rugbaí Beo lead by presenter Máire Treasa Ní Dhubhghaill, will feature expert analysis from Eimear Considine, Deirbhile Nic a Bhaird, Niamh Ní Dhroma, Marcus Horan, Ronan Loughney, Eoghan Ó Neachtain and Eamonn Molloy along with a host of others. Match commentary will be provided by Garry Mac Donncha. Gemma Ní Chionnaith will take over presenting duties from Máire Treasa while she is on maternity leave later in this year

RTÉ’s URC Live will be presented by Jacqui Hurley and Daire O’Brien with a top-class line-up of panellists.

RTÉ’s URC Live kicks off on Saturday 25th September on RTÉ2 and RTÉ Player with Jacqui Hurley live from Thomond Park as Munster begin their campaign against the Cell C Sharks with Donal Lenihan alongside Hugh Cahill on commentary.

RTÉ Radio 1 and RTÉ2fm will have full live commentary on the key games involving the Irish provinces as well as reports, analysis, and interviews throughout the season.
Full RTÉ & TG4 fixture list below.

The RTÉ / TG4 joint TV broadcast output contract has been awarded to Iris Productions. The Galway based production company spearheaded many innovations in their previous rugby coverage on TG4, including behind-the-scenes referee briefings and audio-snoops on coaches and players. NEP Ireland will provide OB facilities.