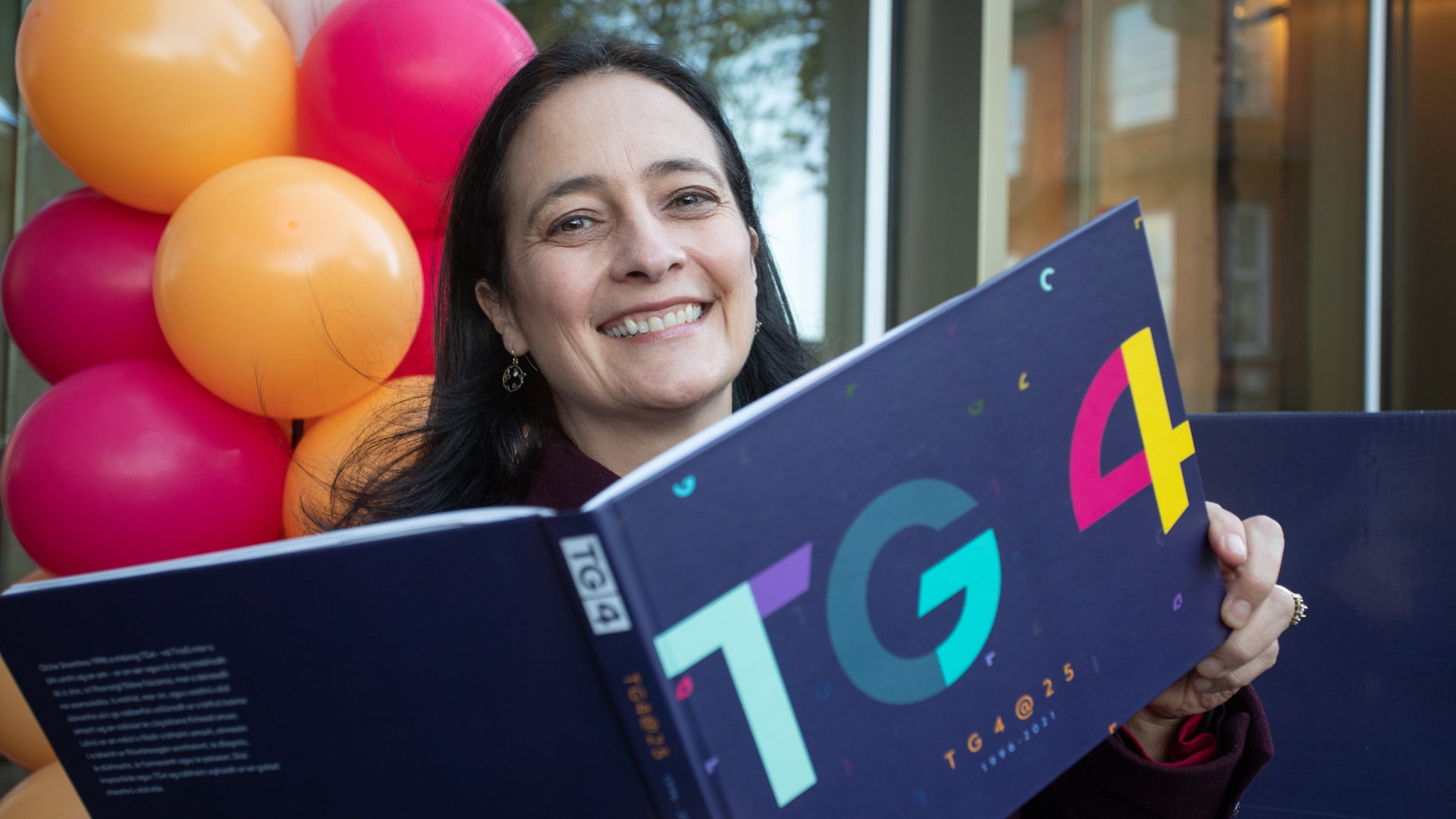 Minister for Tourism, Culture, Arts, Gaeltacht, Sport and Media, Catherine Martin launched a new book TG4 @ 25 today at an event in Dublin to mark TG4’s twenty fifth anniversary. TnaG, a dedicated Irish language television channel was launched on Halloween night 1996. The channel was founded by then Minister of Arts, Culture and the Gaeltacht, Michael D. Higgins.

TG4 @ 25 will inspire as TG4 embarks on its next chapter and is a celebration of the achievements of the broadcaster over the past quarter of a century. The book is a series of memoirs and photographs, which gives recognition to the programme makers, producers, presenters and writers who have contributed to the creativity and success of TG4. The preface of the book is written by President Michael D. Higgins.

TG4’s former Commissioning Director, Micheál Ó Meallaigh wrote the book with the support of TG4 team led by Lís Ní Dhálaigh, TG4’s Director of Marketing and Partnerships. The book was designed by Ignacio Viega and published by Cló Iar-Chonnacht who are based in An Spidéal, Connemara. The book costs €30 and can be bought online on Cló Iar-Chonnacht’s website: https://cic.ie/shop/leabhair/neamhfhicsean/tg4-25/
The book is also available in all major bookshops.

Minister Catherine Martin who launched the book in As One Dublin said “TG4 enables powerful connections right across the areas under my remit as Minister for Culture, Arts, Gaeltacht, Sport and Media. I appreciate the huge value that TG4 offers in supporting our language and cultural heritage. It benefits both the Gaeltacht and Irish speaking communities and the wider Irish audience. I was delighted to have been able to secure additional annual funding of €4.2m in budget 2022, which is the largest ever single annual increase in TG4’s funding.”

Micheál Ó Meallaigh, author TG4 @ 25 said, “The book gives a flavour of TG4 ‘s wide range of cultural and Irish language content and has been produced by independent teams from all over the country for 25 years. The book affirms that governments have made a worthwhile investment in our identity as a nation not to mention employment in the arts around the country. The book give a voice to the people involved in making programmes for TG4, their stories are accompanied by beautiful photographs. I hope the book will also appeal to those who haven’t engaged with TG4 to date”

Director General of TG4, Alan Esslemont said at today’s launch “I would like to congratulate everyone involved in producing this beautiful book. I believe the creative sector is the most powerful resource available to the Irish language. Media can influence the inter-generational transmission of the Irish language, but the State needs to show more commitment to those communities. There is huge potential in the next generation to reimagine TG4 and to grow the Irish language community. We look forward to Future of Media Commission’s final report to a new funding model for public service media which will in part ensure that Irish language in Ireland is no longer a de minimis issue.” 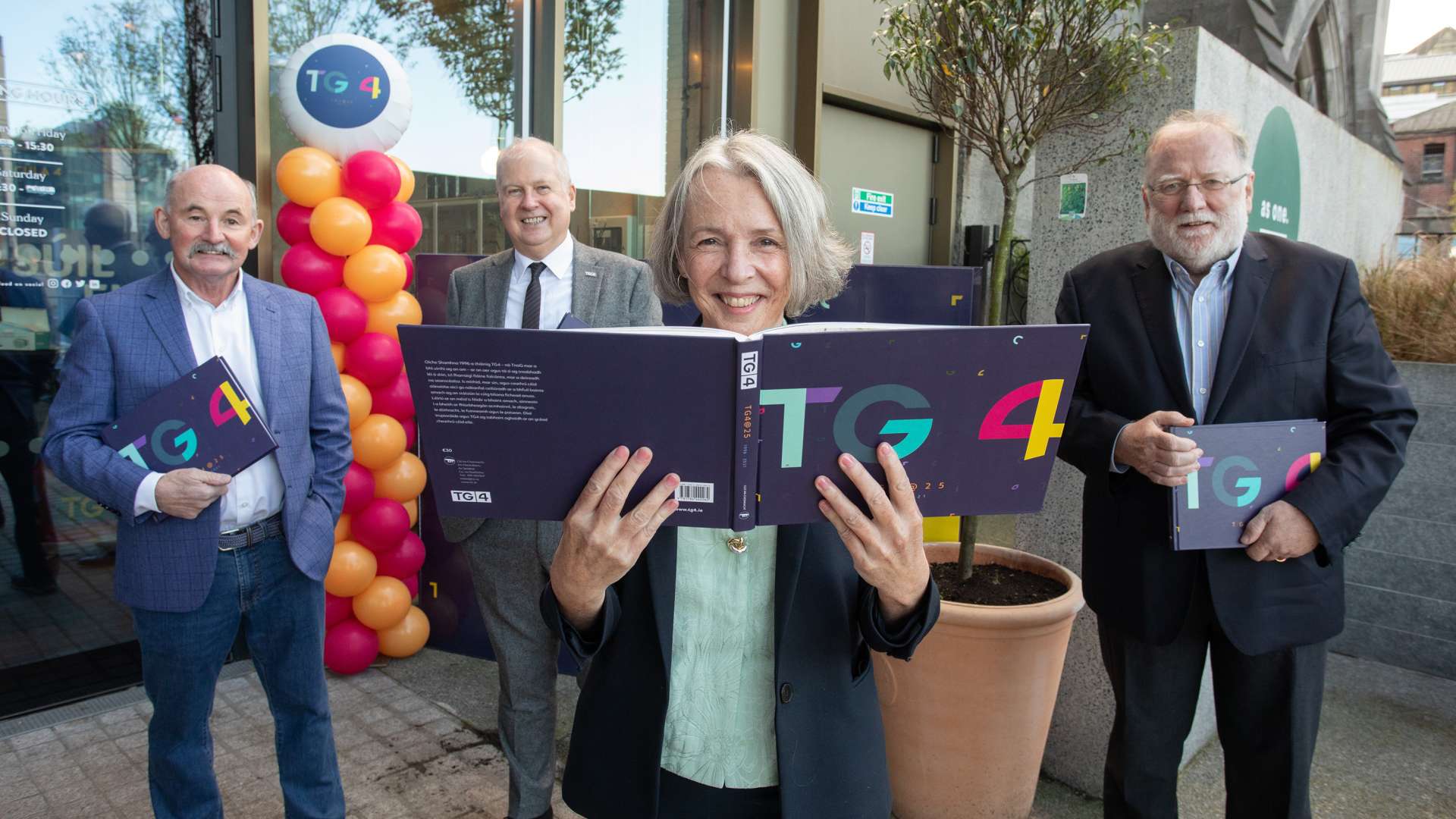