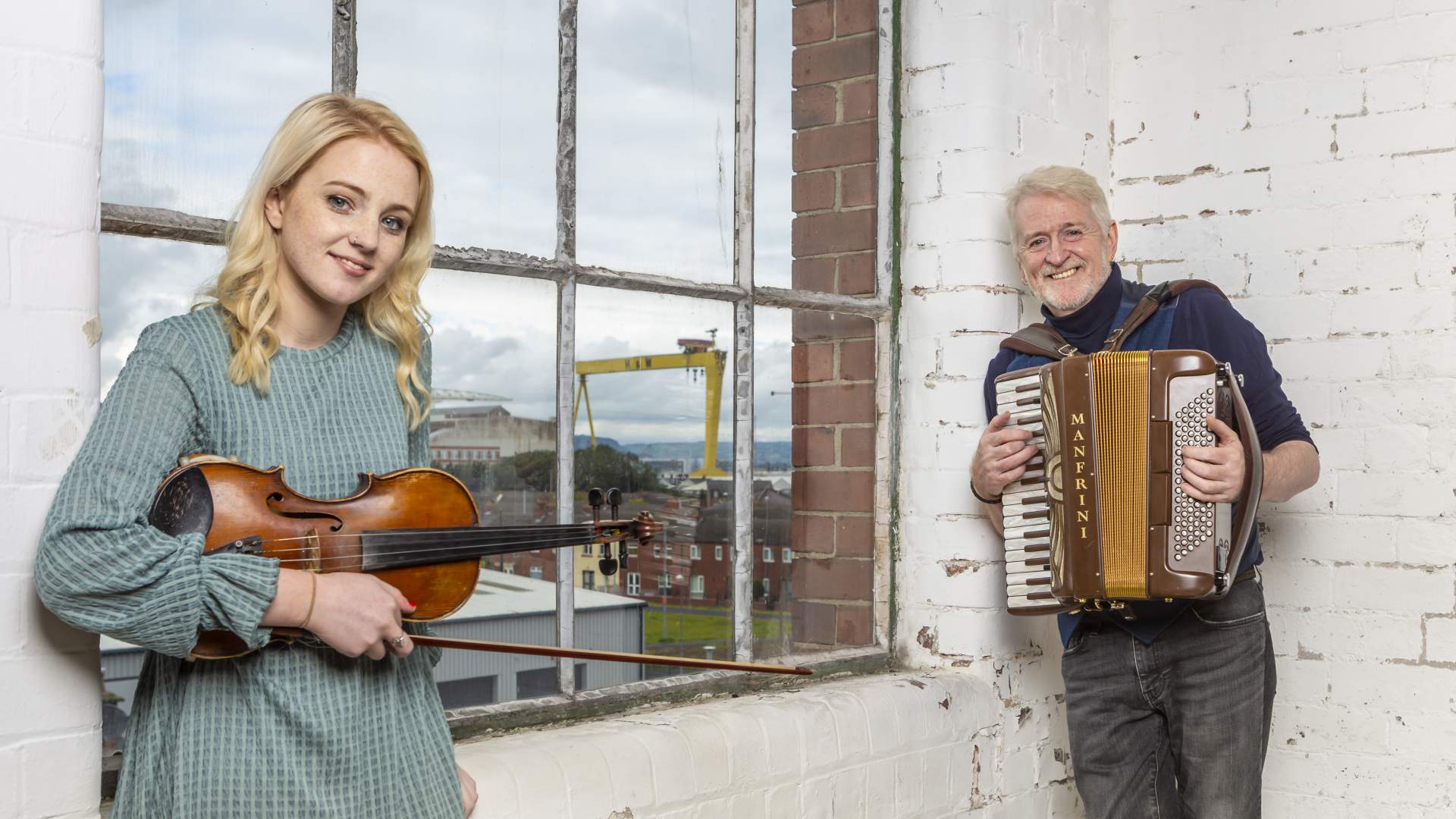 Sruth is a definitive four-part series about traditional music in the here and now, it’s a debt to the past masters, known and unknown, and to the bright future flowing ahead of us.

The word Sruth beautifully describes the centuries-old movement of people, language and culture across the Straits of Moyle, the shortest distance between Ireland and Scotland. That musical flow is stunningly captured in a new four-part series being broadcast on TG4 and BBC Alba in February in which eight of the finest young traditional musicians from Ireland and Scotland get the chance to show their prodigious talents while getting to play with some of traditional music’s more established A-listers such as Julie Fowlis, Bríd Harper, Phil Cunningham, Niall Vallely, Duncan Chisholm, Ríoghnach Connolly, Griogair Labhruidh & Tiarnán Ó Duinnchinn.

Narrated by legendary singer Maighread Ní Dhomhnaill of the iconic band Skara Brae, we get to meet the young traditional musicians who are at the heart of the great flowering of folk and trad both countries have seen over the past two decades. The series shows that traditional music is as much at home amongst the side-streets of Belfast or the Industrial suburbs of Glasgow as it is under the shadow of Mount Errigal or on the Isle of Skye.

Sruth also shows the importance of the family in the nurturing of musical talent and of the community that helps it flourish. In the words of Scottish fiddler, Duncan Chisholm: “The music represents where we’re from, who we are and that connection between the north of Ireland and Scotland is very clear in the music.”

This series recreates the passion that eight young people have for their chosen instruments and they are as eloquent talking about their music – in Irish, Scottish Gaelic and English -– as they are at playing it.

Filmed in Belfast, Glasgow, throughout Ulster and the Scottish Highlands and Islands, the production of the series was of course a daunting prospect under Coronavirus restrictions but while the young musicians and their mentors might have been socially distanced, the music created an intimate bridge between them.

As Executive Producer, Dónal O’Connor of Táin Media points out, “This music can put us in touch with ourselves in ways that no other art form can do. It can embrace the pulse of our ancestral memory, allowing us to redefine our dreams of what it is to be Irish or Scottish” he says, and the series features performances which will take your breath away. “Traditional music is quintessentially the art of solo performance and these four one-hour programmes give us the chance to let the music breath. We get to experience the magic that great solos can produce, they can grace a moment of joy or they can amplify a moment of sorrow,” says Dónal.

Co-funded by the Irish Language Broadcast Fund, a part of Northern Ireland Screen, Sruth is a co-production between the newly established Táin Media and Beezr Studios for TG4 & BBC Alba. The music and song is stunningly captured by Director Feilimí O’Connor & Executive producer Alasdair MacCuish and viewers will be spellbound by the beauty and grandeur of the natural landscapes of Ireland and Scotland from which much of the music draws its inspiration.

The first programme in the Sruth series will broadcast on 21st Feb at 9.30pm on TG4 and worldwide on www.tg4.ie

Taking part in the series will be: