A new research report representing the views of Irish language speakers towards the provision of news and current affairs available to them published today shows that there is a high level of satisfaction with the quality of news in Irish, but they want a broader and more extensive news provision. 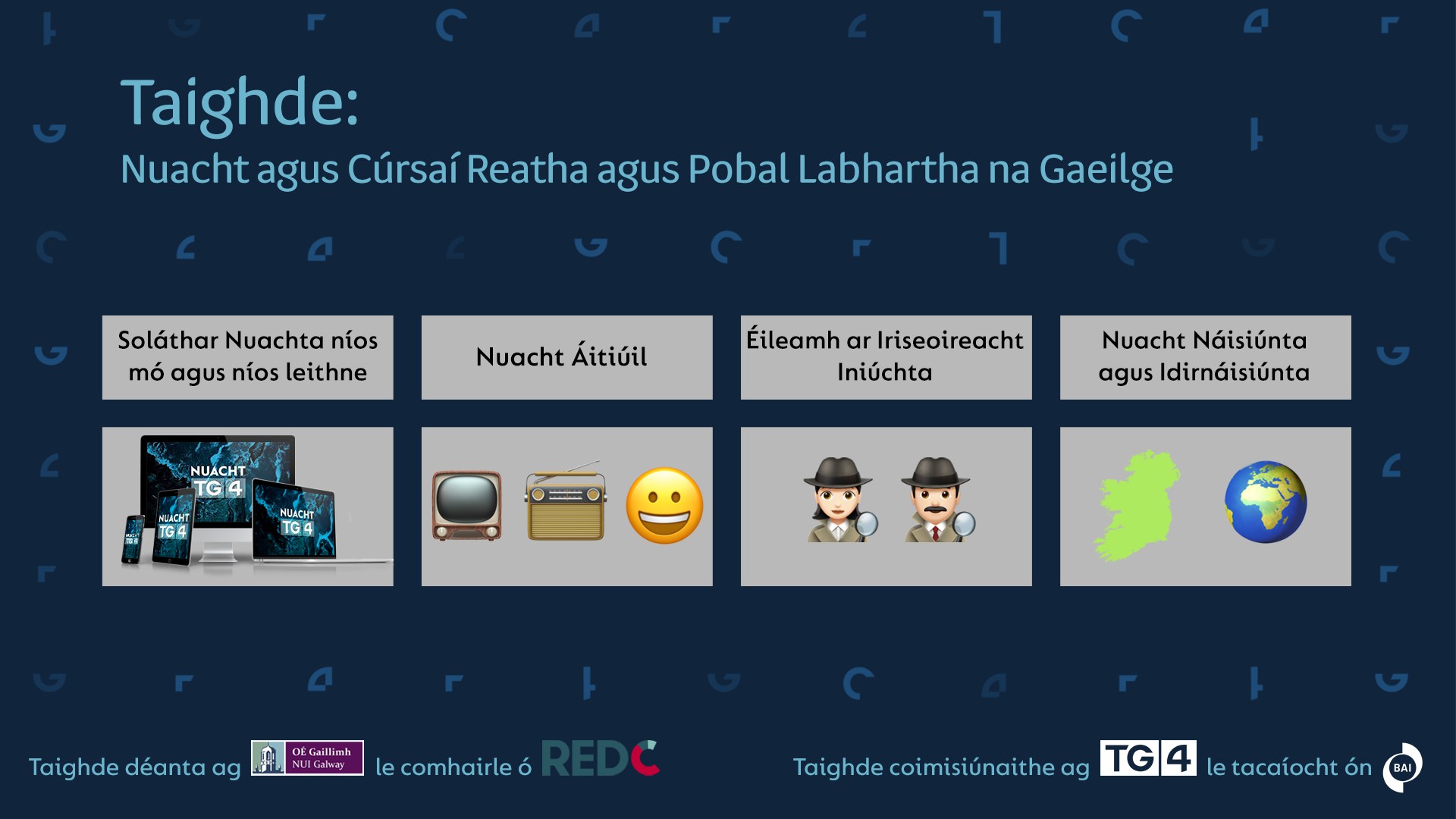 The report Nuacht agus Cúrsaí Reatha agus Pobal Labhartha na Gaeilge shows that Irish speakers want investment in online news provision, investigative journalism and more extensive coverage of news and current affairs. The research report reveals that the Irish speaking public want news that has a distinct editorial perspective and not a direct translation of English language news. The coverage of local stories is praised, but the public would like to see more provision of these stories.

Participants questioned would like journalists and news programs to break stories on social media, especially on twitter. According to the research, tuairisc.ie caters well for the core language community.

There is a significant demand for investigative journalism linked to the further development of current affairs programs such as 7 Lá. TG4 and Raidió na Gaeltachta are considered good at covering local news. The Irish Language community nonetheless would like more of these stories from their communities.

Aodh Ó Coileáin, Head of Aonad Léann na Cumarsáide, NUI Galway, said “Across all cohorts that responded, digital news platforms including social media are being used more often to access the news and current affairs content of traditional news providers. There is a significant demand in the Irish language community for news and current affairs that comes from a different perspective and that is not directly translated from English language news sources. The positive findings of this research indicate that there are marked opportunities for Irish language media to develop, expand and to fulfil the expectations of their user.”

TG4’s Director General Alan Esslemont welcomed the findings saying, “This important research provides an insight into the importance of the News and Current Affairs service to the Irish speaking community. It provides us with valuable information on audience values and perspectives, which demonstrates the need for more public investment to meet the demands of the audience. TG4, in conjunction with RTÉ, intends to work to reimagine the Irish Language News and Current Affairs Strategy, and ensure that it has the resources to support the delivery of a distinctive, independent and high-quality news brand on TG4 and online.” 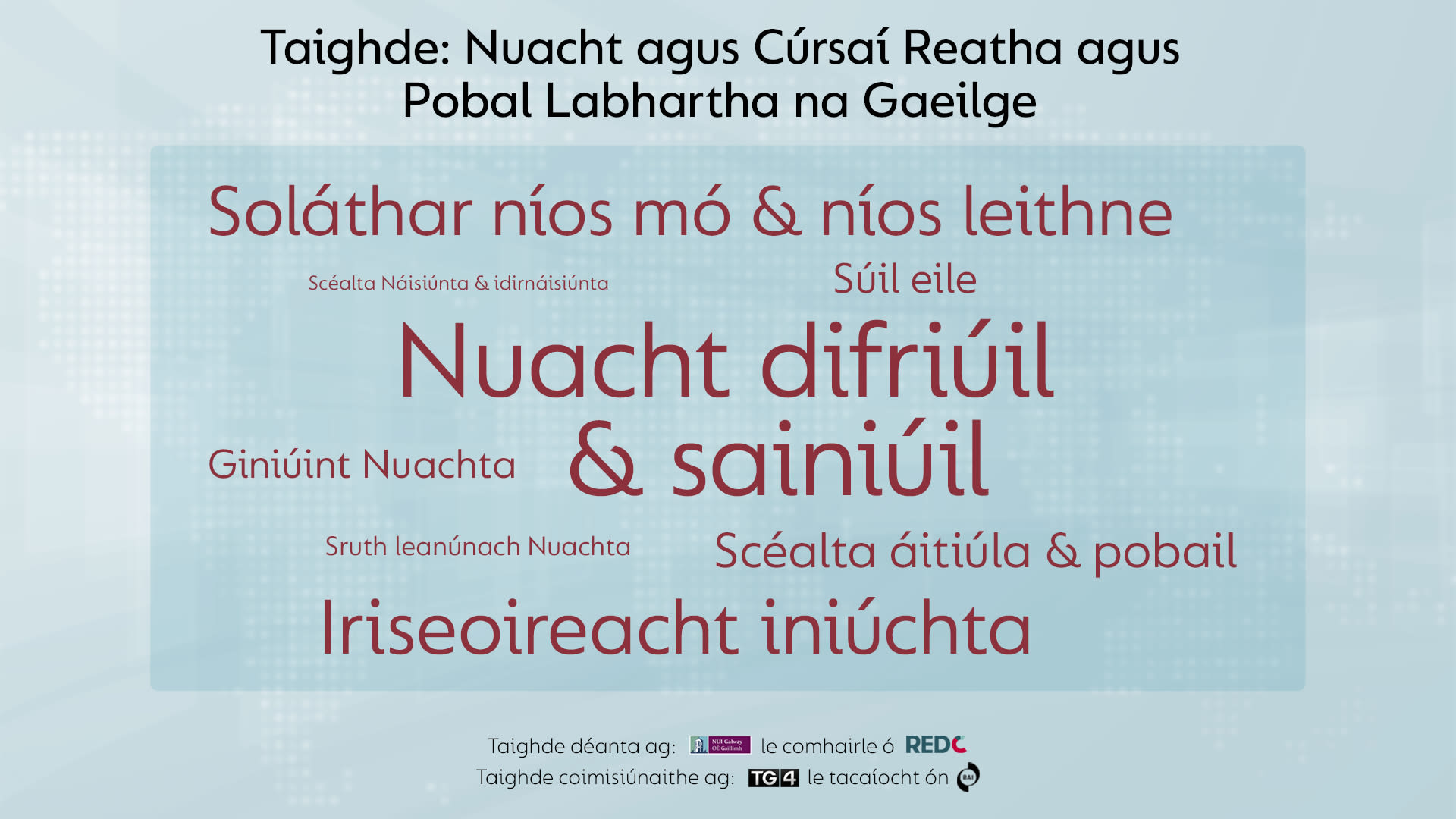