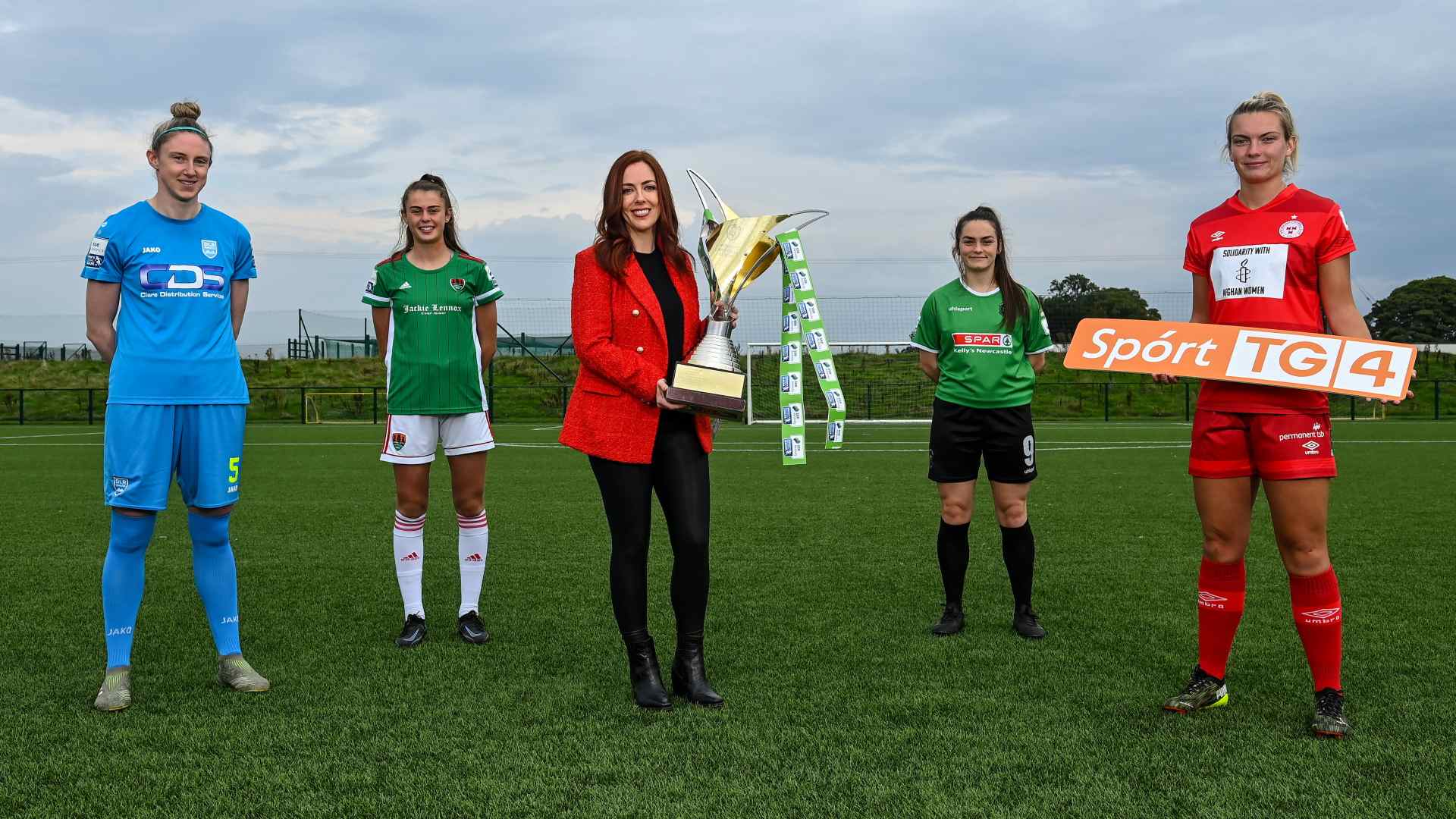 The TG4 cameras will soon be at SSE Airtricity Women’s National League stadiums after agreeing a deal with the Football Association of Ireland to broadcast live games.

In what will be a first for the League – which was established in 2011 – a national broadcaster will show four League games free-to-air over the coming weeks and they will also be available globally via the TG4 Player App.

The timing of this announcement coincides with a thrilling title race between Peamount United, Shelbourne and Wexford Youths, a battle to finish inside the top five involving DLR Waves, Galway WFC and Bohemians, and plenty to play for amongst Cork City, Treaty United and Athlone Town.

Sacar Beo will be presented by Galway sports broadcaster Máire Treasa Ní Cheallaigh, who will be joined by a team of expert football analysts. including UEFA A licence coach Laura Cusack & former Cork City manager Ronan Collins. The series is produced by Fogarty Fenwick Services.

Coverage will commence with Shelbourne versus DLR Waves on Saturday October 2 at 5pm at Tolka Park.

TG4’s Head of Sport, Rónán Ó Coisdealbha said: “TG4 is delighted to have football back on the station and we look forward to an action-packed season from the SSE Airtricity Women’s National League. We are very proud to continue to lead the way in broadcasting of women’s sport in Ireland and to bring the best of sporting action to our audiences.”
“This announcement reaffirms our dedication to the broadcasting of women’s sport in Ireland. In 2021 TG4 has brought the Women’s Australian Football League and the Vodafone Women’s Interprovincial Rugby Championship to Irish TV audiences for the first time, while also increasing their coverage of the LGFA Lidl Leagues by 150%.”

League of Ireland Director, Mark Scanlon welcomed the announcement by saying: “It is fantastic to be able to raise the profile of the SSE Airtricity Women’s National League even higher by teaming up with TG4 to give the players even more visibility through the broadcasting of live games.”
“We have enjoyed unprecedented success with LOITV this season, where every game has been available to stream live for free. But having a national broadcaster come onboard to promote the League is a huge milestone.”
“It’s important that we continue to improve in all areas of promoting the game. We are excited to work with TG4 and will hopefully attract even more newcomers to the League as a result of this partnership.”

Details of the remaining games that will be shown live on TG4 will be announced soon.