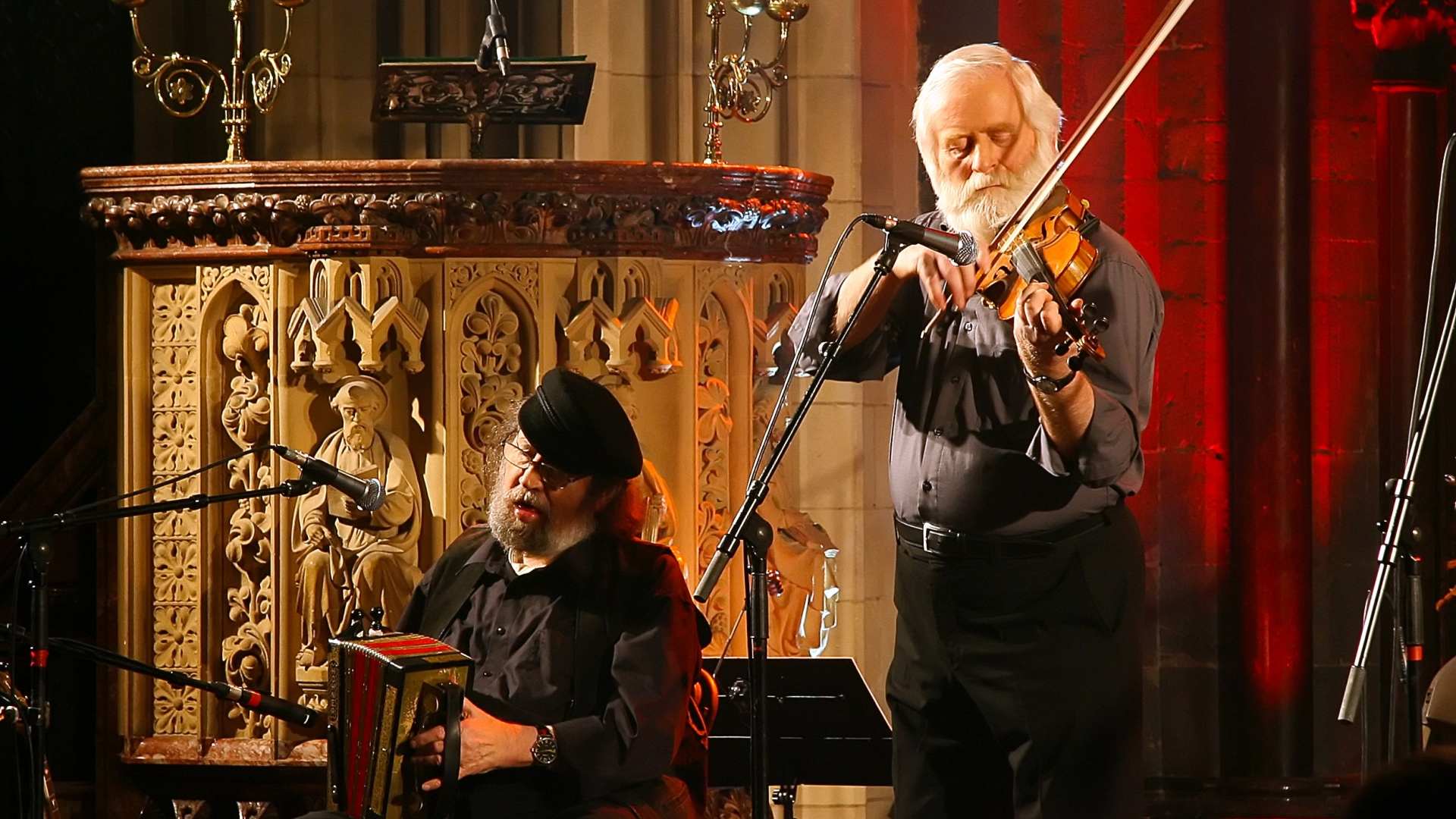 The concert The Dubliners – The Parting Glass was the most watched programme on TG4 over Christmas. The final recording of Barney McKenna with The Dubliners from Christ Church Cathedral was watched by 156,600 people on Christmas Day and had an audience share of 11.25%. The documentary Maureen O’Hara – Banríon Hollywood was watched by 73,300 people with an audience share of 5.03%.

Another concert, Come all you Dreamers – Christy Moore was the second most watched programme over the Christmas period. The programme was watched by 85,5000 on Sunday 27th December and had an audience share of 11.2%. 61,100 watched a repeat of the feature documentary Liam O’Flynn – Píobaire about uilleann piper Liam O’Flynn on St. Stephen’s Day.

Into The West was the most watched film this Christmas on TG4. It was broadcast on Stephen’s Day and was watched by 68,200 people.

Dáithí Ó Sé and Muireann Nic Amhlaoibh got the new year off to a musical start from the Dingle Skellig Hotel with Fáilte 2021. 46,200 watched the programme which had a 4% share.
TG4 had a reach of 1.89m over the entire Christmas period and a reach of 1.27m between Christmas Eve and St. Stephen’s Day.