All-Ireland Gold - Coming up on TG4 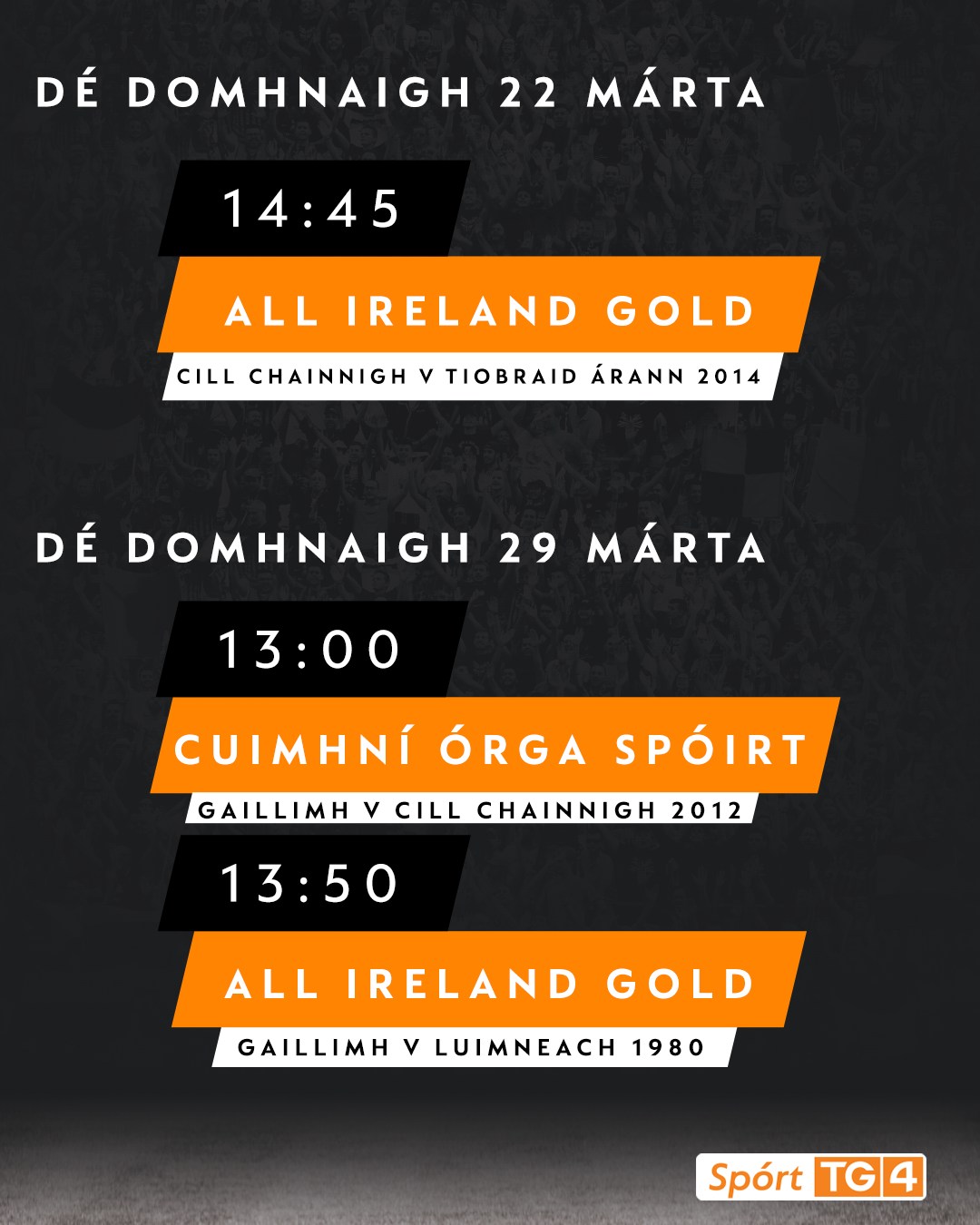 TG4 announce matches that will be shown again in the coming weeks on TG4.

Sunday 22nd March
14:45                 Another chance to see Kilkenny v Tipperary in the All-Ireland Senior Hurling Championship Final which finished lever for the third year  in a row in a remarkable game at GAA headquarters.