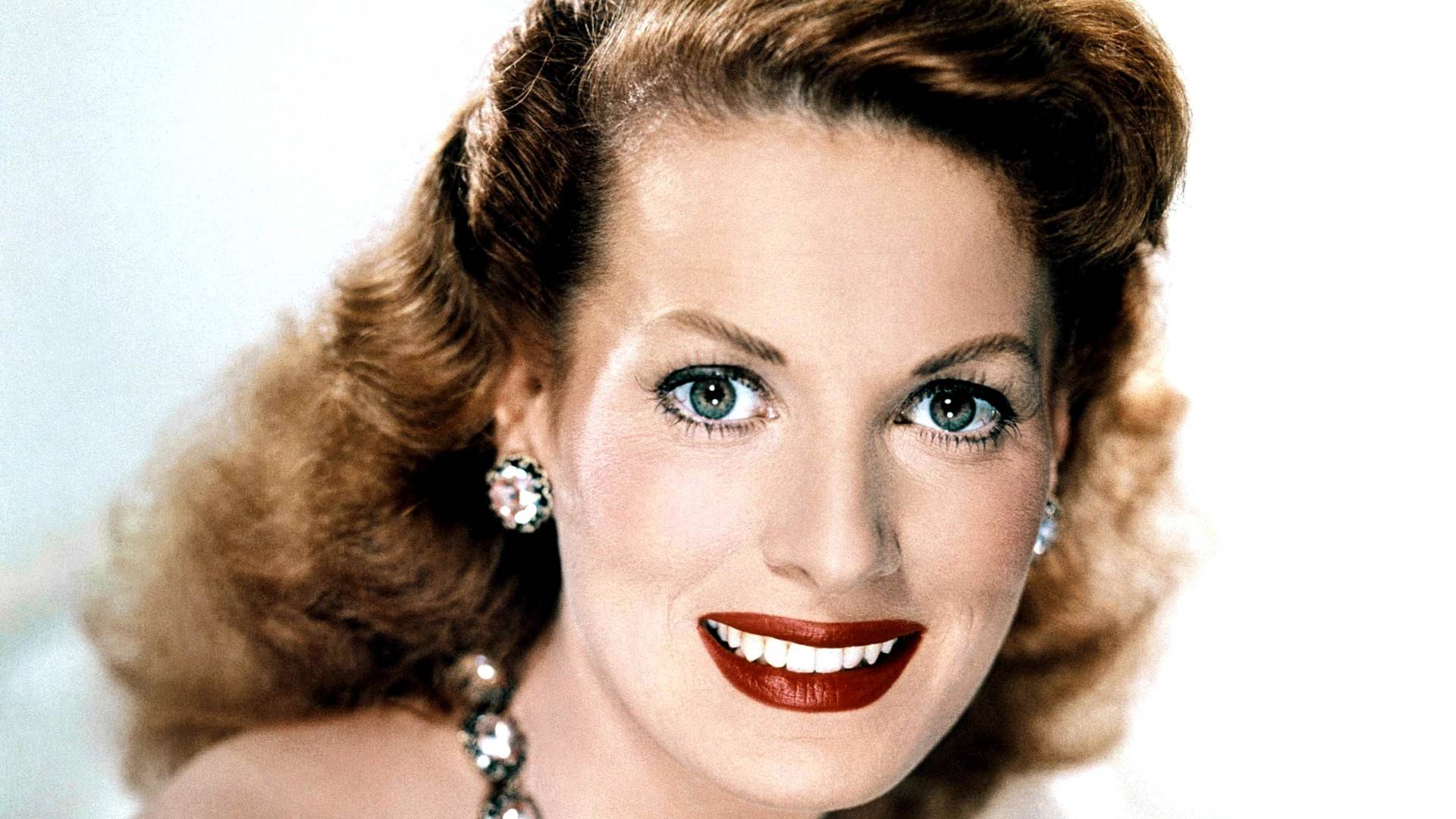 Maureen O’Hara was the first Irish leading lady of cinema. She became a Hollywood superstar and a role model for every Irish actress who followed her on to the big screen. 2020 is the 100th anniversary of her birth and this documentary looks back over the life and career of one of the most extraordinary Irish women of all time.
Her most famous film was THE QUIET MAN, but Maureen O’Hara was anything but quiet. She was a feisty, colourful, energetic, accomplished, talented, no-nonsense woman who mesmerised Hollywood and made her own rules. She enthralled and enchanted every director and leading actor she ever worked with and her list of co-stars includes some of the most famous actors of all time. She made over 65 movies in a career that spanned eight decades and received an honorary Oscar in 2014.

Moya, 29th December 9:20pm
In this deeply personal documentary, Moya looks back on a fascinating 50 years of song. Featuring exclusive interviews and performances with Moya and her family as well as contributions from the cream of Irish musical talent, including Paul Brady, Imelda May, Damien Dempsey, Liam Ó Maonlaí, Mairéad Ní Mhaonaigh and many others, this is a landmark musical documentary.

Rang 2020, December 29th 7:15pm
Many of us still wake in a cold sweat from nightmares about our final state exams. A rite of passage, a shared ordeal, but for the Class of 2020, the confusion and frustration amplified as the Covid-19 pandemic wreaked havoc across the globe. This documentary, featuring a mixture of self-shot & documentary footage, follows the lives, struggles and disruptions endured by 4 students as they prepare for their Leaving Cert & A-level exams and progress to 3rd Level Education. We also witness their personal loss as they and their families grapple with the cruel implications of Covid-19 virus.

Faoi Scáth a Chéile, New Year’s Eve 7:15pm
The Covid 19 pandemic shook us to our very core but also led to an awakening of our true values. From rural village to bustling city, life as we knew it has changed. Now as we stand on the threshold of a new year, we have the opportunity to begin anew. Will Covid-19 be remembered as the event that brought us all to our senses? In this documentary we take a personal look at how six individuals dealt with the challenges of living through this tumultuous year and are looking forward to the prospect of a more compassionate, genuine and meaningful life in 2021 for themselves and their communities.

Bádóirí, Bliain gan Coimhlint, New Year’s Day 7:15pm
It’s an odd summer for the Connemara Sailors, the Galway Hookers races have been cancelled, and they’re kept in their home bays. Even so, new boats are being built, and a new ship arrives from the far east. There’s a revival of sailors and hookers in Carna, while others are preparing already for next seasons racing. Missing this season are two of the Bailey brothers, Peadar and Pádraig, leaving a hole in the heart of this community.

A celebration of Ireland’s Olympic Heroes. As we look forward to the next Olympic games which are due to be held a year late in Tokyo in summer 2021, here is a gem of a programme from TG4 that will wet our appetites even more for athletics. Laochra Thar Lear looks back to a time when Irish athletes were to the forefront in many Olympic disciplines. This programme tells the stories of Irish Olympic champions during the first sixty years of the modern games, from John Pious Boland’s two gold medals in Athens in 1896 to Ronnie Delaney’s record-breaking win in Melbourne in 1956.

Dawn Run: ‘Laochra na Rásaíochta’ takes a look at Ireland’s most famous National Hunt horses from the 1970’s to the present day, recounting their brilliant feats through archive footage and interviews with the men and women involved in their success. This episode tells the remarkable story of Dawn Run, a mare trained in Co. Kilkenny by Paddy Mullins, who remains the only horse ever to win both the Champion Hurdle and Gold Cup at Cheltenham.

Tunes from the Church, December 20th 9:30pm
Concert of traditional music from Saint Nicholas’ Collegiate Church in the heart of Galway City, presented by Cormac Begley. During the 90’s, the duet Begley and Cooney reached national acclaim and were regarded as one of the foremost performers of Irish music. Cooney pioneered a new approach to traditional accompaniment and formed a perfect marriage with the energetic West-Kerry style of Seamus Begley. Joined by Canon Gary Hastings, Kevin Hough, Saileog Ní Cheannabháin and Clíodhna Ní Bheaglaoich, each bringing their own unique musical talents to this historic and majestic setting.

Anúna: On a Cold Winter’s Night, Christmas Eve 8:15pm
Filmed by candlelight in front of a live audience in St. Bartholomew’s Church in Dublin on a wild and stormy evening. The songs span a thousand years of music created for the winter season performed by the combined voices of this legendary Irish-based vocal group who brought gravitas and elegance to the original Riverdance. The evening includes classic songs of the season such as Away in the Manger, Jingle Bells & Ding Dong Merrily on High as well as classic favourites Dúlamán, Pie Jesu and Fionnghuala.

In this exclusive first airing, The Dubliners take to the stage in the magnificent surroundings of Dublin’s Christ Church Cathedral to celebrate 50 years of music making. The year is 2012 and the concert marks the start of the Dubliner’s final ever tour and Barney McKenna’s last ever performance as he died shortly afterwards. This unique show pays tribute to one of Ireland’s most iconic bands and you are invited to join in the celebrations. A night of music, stories and craic awaits.

Cherish the Ladies A Christmas Concert, Christmas Eve 7:15pm
Due to Covid-19 and the Ladies inability to tour their annual successful Christmas show in America, Cherish the Ladies find themselves in Ireland for Christmas for the first time and bandleader Joanie Madden assembled the group in beautiful Spanish Point in County Clare along the Atlantic coastline to record a special socially distanced Christmas program featuring a 12-piece ensemble of incredibly talented musicians, singers and dancers.

Liam O’Flynn – Píobaire, St. Stephen’s Day 7:45pm
This feature documentary tells the story of master piper, Liam O’Flynn, from his membership with iconic Irish supergroup, Planxty, through to his ground-breaking orchestral work in The Brendan Voyage.

Christy Moore – Come All You Dreamers, December 27th 10:55pm
Recorded Live at the Barrowland, Glasgow in 2008 Christy Moore, Declan Sinnott and special guests perform all our favourites including After the Deluge, Barrowland, City Of Chicago, Ride On, Missing you, Back Home in Derry and more.

Cine4: Finky, New Year’s Day 9:20pm
(2019) TV Premier of the first Irish language Cine 4 film. Starring Dara Devaney Ned Dennehy, Diarmuid de Faoite. Directed by Dathaí Keane. Micí Finky, a musician and puppeteer looking to escape his past, steals an envelope full of cash and runs off to Scotland with his childhood friend Tom Tom. On their first night in Glasgow, Finky suffers a horrible accident and is left paralysed from the waist down. He hits rock bottom but is given a chance at redemption when recruited by Carnival Chaotica.