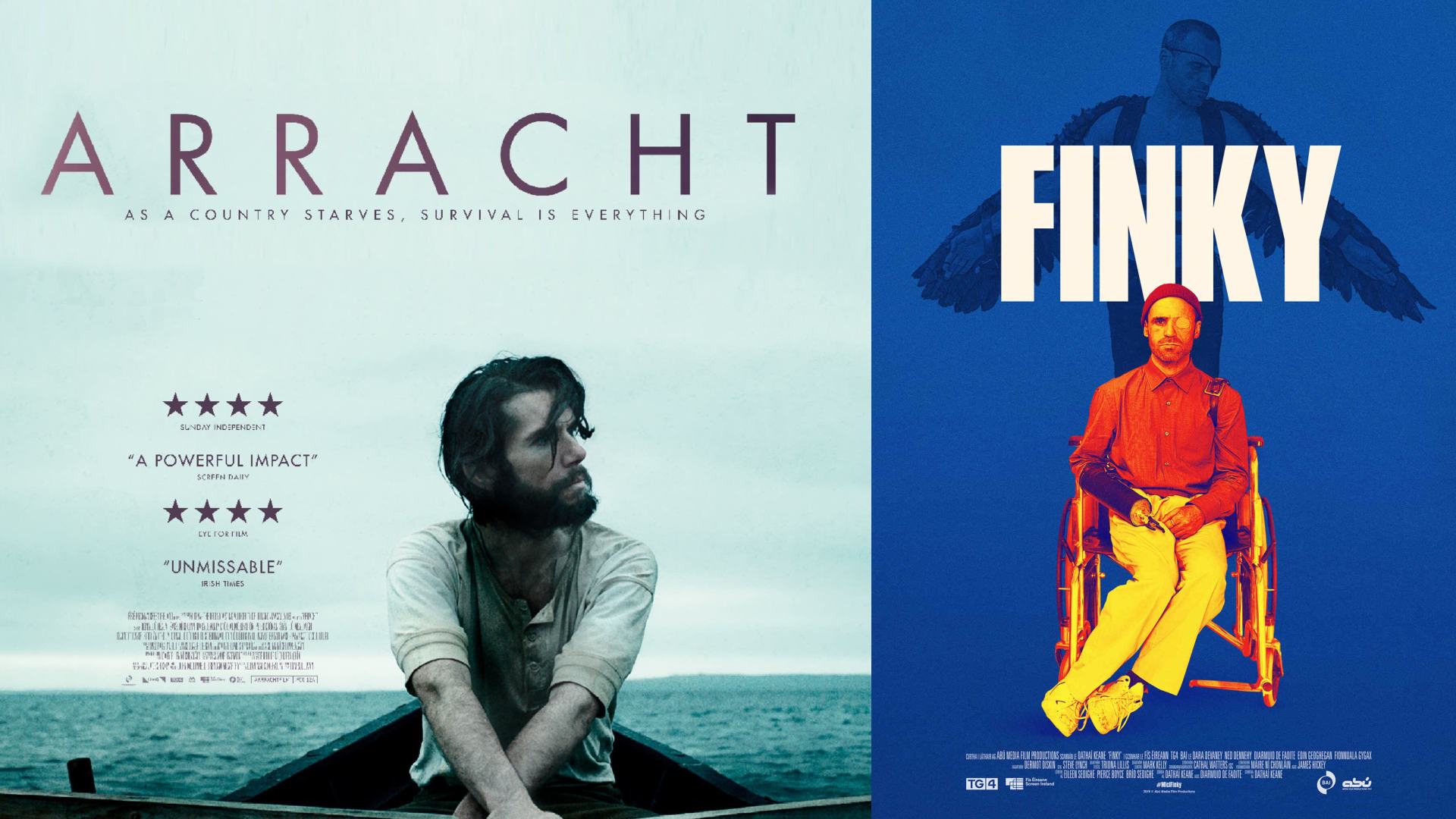 TG4’s reputation for quality programming has been further enhanced by the publication today of the nominations for this year’s IFTA Awards. The Irish language channel has 13 nominations on the shortlist.

Both Arracht and Finky are films from Cine4, an initiative, from a TG4, Screen Ireland and BAI partnership, to develop original feature films in the Irish language.Trailers for both films are available to view here www.Cine4.ie

Arracht is a feature film by Tom Sullivan, produced by Cúán Mac Conghail for Macalla. Starring Dónall Ó Héalaí, Michael McElhatton, Siobhán O’Kelly and introducing a stunning debut from 11-year-old Saise Ní Chuinn, Arracht is a haunting tale of overcoming grief and the fight for survival.  Set in Ireland, 1845, the film centres on fisherman Colmán Sharkey, who takes in a stranger, Patsy, a former soldier, who arrives just ahead of the blight – a crop disease that caused the Great Plague, killing and displacing millions of Irish people. Arracht was filmed entirely on the west coast of Ireland in Connemara. Other cast members include Dara Devaney, Peter Coonan, Seán T. Ó Meallaigh and Michelle Beamish.

Finky is produced by Abú Media Film Productions. It is directed by Dathaí Keane (An Klondike), written by Dathaí Keane and Diarmuid de Faoite, and produced by Eileen Seoighe and Pierce Boyce. Finky is a feature-length psychological drama that tells the story of Micí Phincí Ó Foghlú, a young musician with a tragic past who is crippled in a car accident and given a chance at redemption when he is recruited by a violent, avant-garde circus. IFTA Award winning actor Dara Devaney is in the title role. DOP is Cathal Watters. At Galway Film Fleadh 2019 Finky was awarded Best Cinematography Award.

Full details of the TG4 nominees for IFTA 2020 are given below. The IFTA Awards are the most prestigious awards in Irish film and drama.

Director General of TG4, Alan Esslemont, congratulated the shortlisted TG4 productions for this year’s IFTA saying, “I would like to congratulate everyone connected with the Cine4 feature films, ‘Arracht’ and ‘Finky’.  As one of Ireland’s public service broadcasters, TG4 plays a key role in the fostering of Ireland’s creative economy.  We always believed that films created through the Cine4 scheme would delight audiences and we also believe that Cine4 will open doors internationally for Irish film-makers.”