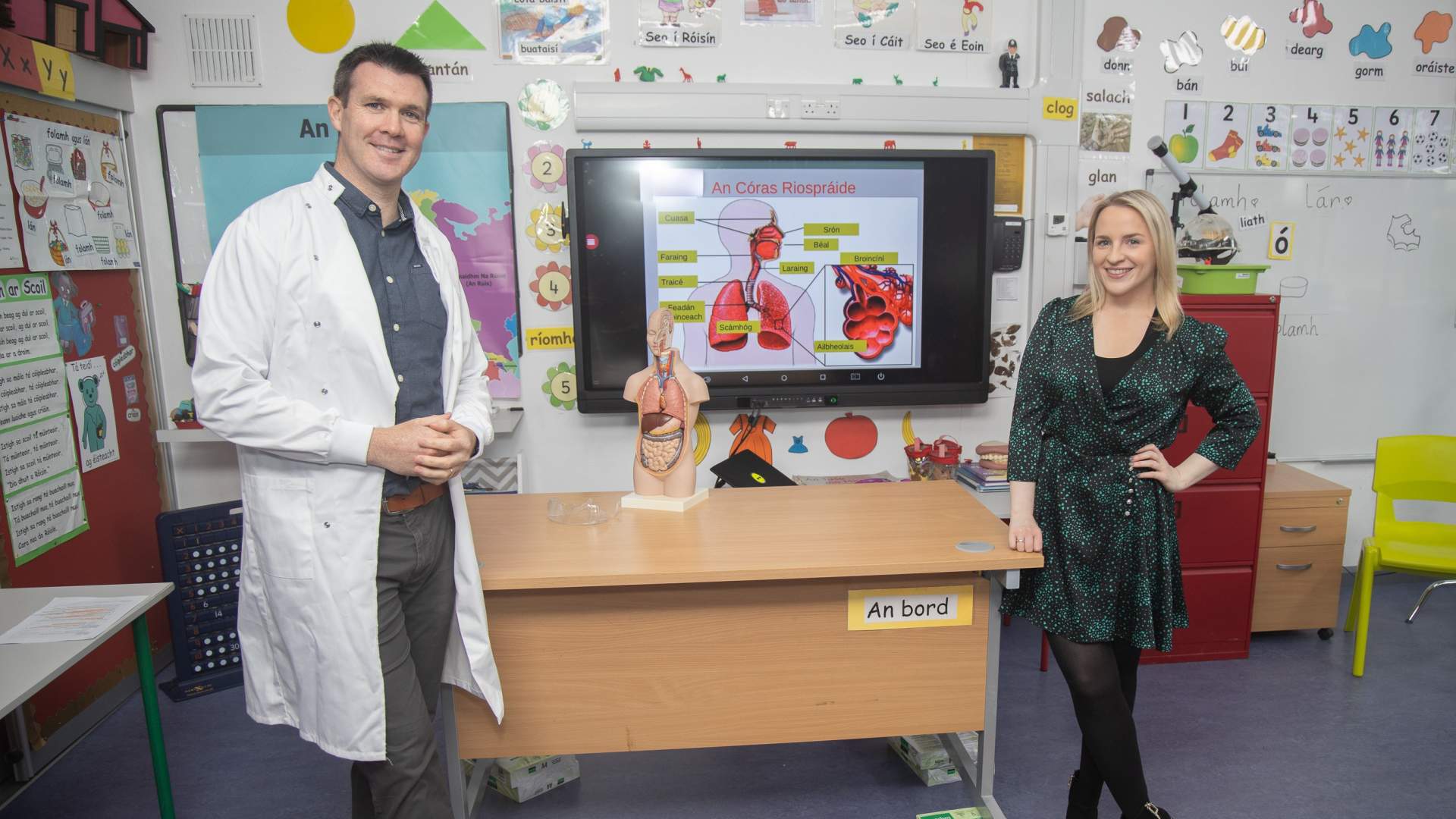 According to TAM Ireland/Nielsen figures, TG4 was the 2nd most viewed channel in the country while Cúla4 ar Scoil was on air during the first four weeks of the series. Usual viewership shares by young people have increased tenfold on TG4 because of ‘Cúla4 ar Scoil’. Cúla4 ar Scoil has, on average, 8% of the viewership shares each day, and 16% was the highest share attained by the programme since it began after the Easter holidays on the 20th of April. A total reach of 85,000 people have viewed Cúla4 ar Scoil since the start of the series with a weekly reach of 30,000.

Cúla4 ar Scoil is also drawing audiences to the TG4 player. There have been over 36,500 video views to date for Cúla4 ar Scoil on tg4.ie. 49% of viewers during the four week period, who used the player did so to view Cúla4 content. There are 144,000 video views in relation to programmes for young people since Cúla4 ar Scoil began.

Cúla4 ar Scoil lessons are available on Cúla4’s YouTube, which has seen an increase of 114% video views since the series began. In total, since Cúla4 ar Scoil began, there have been 85,400 video views on Cúla4’s YouTube. There has been demand for content relating to the series on other social media platforms, on Twitter and Facebook in particular.

Cúla4 ar Scoil started on the 20th of April to help primary school children in the Gaeltacht and in Gaelscoileanna, and their parents who are at home at this time due to the Covid-19 restrictions. The series will continue until the 26th of June. The programme is broadcast Monday to Friday between 10:00 am and 10:30 am from Scoil na bhForbacha in the Connemara Gaeltacht. Teachers Caitríona Ní Chualáin and Fiachra Ó Dubhghaill present the classes. The curriculum’s core subjects are covered, such as: Irish, Mathematics, History and Geography, but there is also an emphasis on creativity, the traditional arts and health and wellbeing.

The series is produced by the production company ‘Fíbín’; a company which has attained recognition and awards for series for young people such as ‘Is Eolaí Mé’, ‘Is Mise’, and ‘Saol faoi Shráid’. The series is produced by Darach Ó Tuairisg, Series Producer and Ethel Burke, a primary school teacher with stage, television and acting experience and Telegael’s crew record the series. The programme is produced with funding from TG4 with expert advice regarding the educational material from the Department of Education and Skills curriculum, Mary Immaculate College, An Comhairle um Oideachas Gaeltachta agus Gaelscolaíochta (COGG), Professional Development Service for Teachers (PDST) and Gaeloideachas. Expert experience and advice from Tuismitheoirí na Gaeltachta has also been included in the programme’s approach.

Siobhán Ní Bhrádaigh, TG4’s Young People’s Editor siad: “We are delighted there is a daily connection with the viewers and that we are helping parents and teachers during this time, and it’s clear from the figures that viewers are also enjoying it.”