All Ireland Gold - May Games on TG4

Another month of classic matches ahead as TG4 announce All Ireland Gold schedule for May. 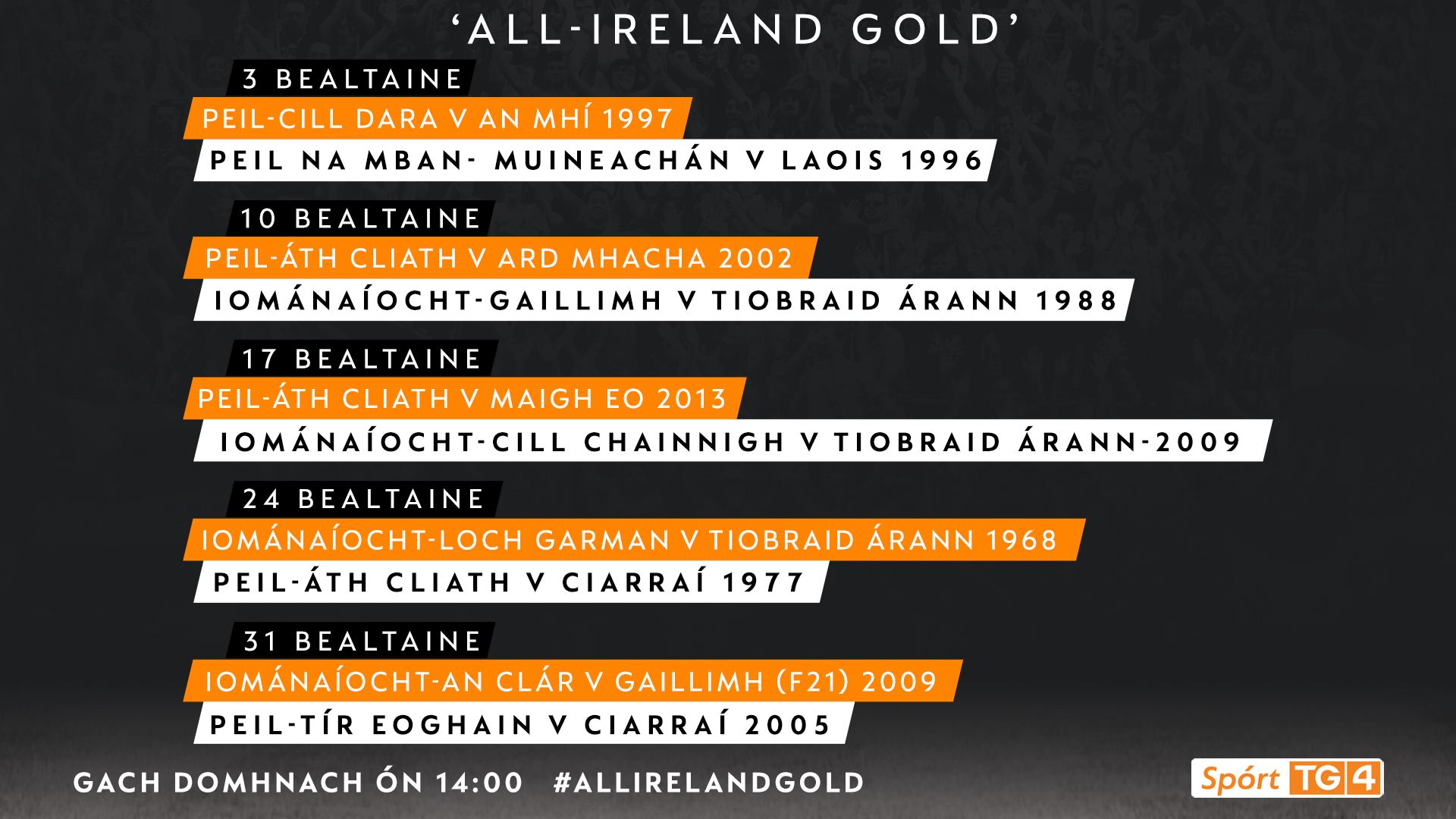 Another chance to see Kildare v Meath in the 1997 Leinster Senior Football Semi Final replay from Croke Park. Reigning All Ireland champions Meath who were managed by Sean Boylan had eliminated Dublin in the Leinster quarter final and were up against Mick O’Dwyer’s Kildare team.

This pulsating match was played in front of 79,386 spectators with Joe Kernan’s Armagh team hoping to qualify for the All-Ireland Final for the first time since 1977.

The Galway hurlers under Cyril Farrell’s management were hoping to win back to back All Ireland titles against a Tipp side managed by Michael “Babs” Keating.

Dublin went into the final looking for their second All-Ireland title in three seasons while Mayo entered the 2013 final without a title since 1951.

It was the first time that these two teams had met in the All-Ireland final since 1991 and Kilkenny were going for four-in-a-row in front of 82,106 spectators.

One of the most exhilarating football games of the 70s with the great Dublin and Kerry teams of that era producing a classic match. The Dublin team included such legends as Brian Mullins, Anton O’Toole, Tony Hanahoe, David Hickey, Sean Doherty and Bernard Brogan. Commentary by Michael O’Hehir.

Another chance to see Tyrone v Kerry in the 2005 All Ireland Senior Football Final at Croke Park. Mickey Harte’s Tyrone team were going for their second All Ireland title having won it in 2003. But Jack O’Connor’s Kerry team were the reigning All Ireland champions and both teams produced a memorable and pulsating Final.