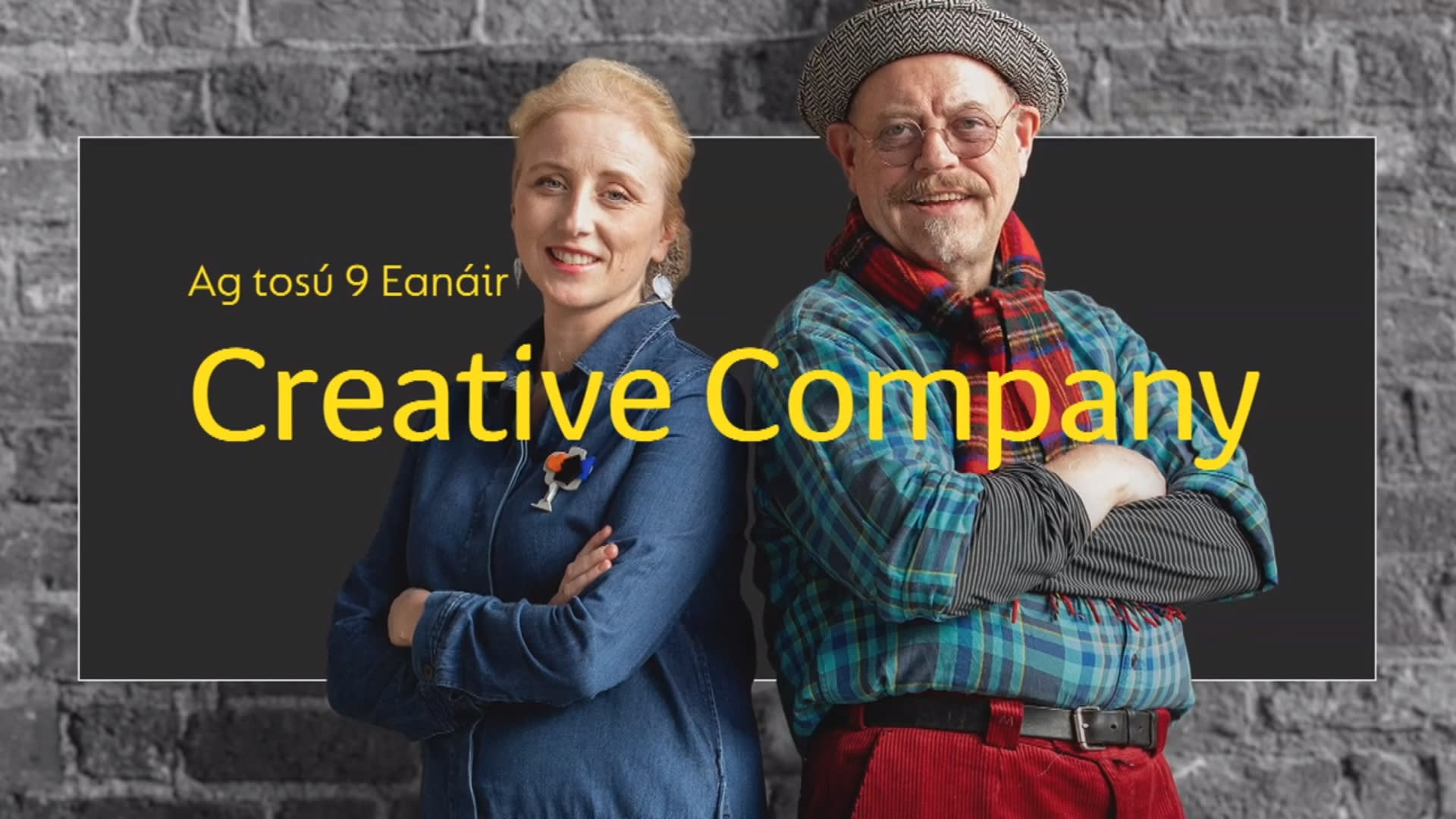 Who will be crowned Ireland’s most Creative Company?

Ten Irish companies take on the challenge of creating a piece of large-scale public art. TG4 in conjunction with Business to Arts seek to find Ireland’s most Creative Company.

Creative Company is a new entertaining arts-based competition 6-part series coming to TG4 from January 9th, that captures the imagination of the Irish public as we embark on a mission to find Ireland’s most creative workplace. Are ordinary workers able to band together and create a piece art?  Will a cleaner be more artistic than the CEO? Can a workplace survive the ultimate creative test that is the collaborative production of a large-scale piece of art?

The workers from all levels of the organisations will be encouraged to operate as a team and make the piece of art on their own premises from concept to completion. Can a group of amateurs be transformed into an arts collective? Will we find the next David Hockney or the next David Brent?

Selecting ten companies and organisations from across the country, Creative Company pairs each with an accomplished Irish artist, throughout the entire process and working with the companies involved will be Dublin based painter Bríd Higgins Ní Chinnéide and Liam de Frinse, an award winning multidisciplinary artist from Belfast. The project is judged by a team of expert art critics, Evelyn O’Rourke, Broadcaster RTÉ; Caomhán Mac Con Iomaire, National Gallery of Ireland; and Helen Carroll, Business to Arts. Five workplaces will make it to the grand final and a public vote will help decide which workplace created the most impressive piece of art and deserve to be crowned Ireland’s most creative company.

Participating companies are Circle K, Energia, The Gleneagle Hotel, Big O Taxi’s, Donegal ETB, The Dingle Hub, Standún, Donegal Yarns, Raidió na Life and Maurice Ward Transport. The winning company will not only claim the title of Ireland’s most creative, but their artwork will be put on public display in Dublin’s CHQ at the heart of Dublin’s business district for a period of three months. Who will be crowned Ireland’s most Creative Company?

Join us every Thursday night at 9:30pm on TG4 to find out.

Produced by EZ Films for TG4 in partnership with the Broadcasting Authority of Ireland.