Death in the Time of Covid 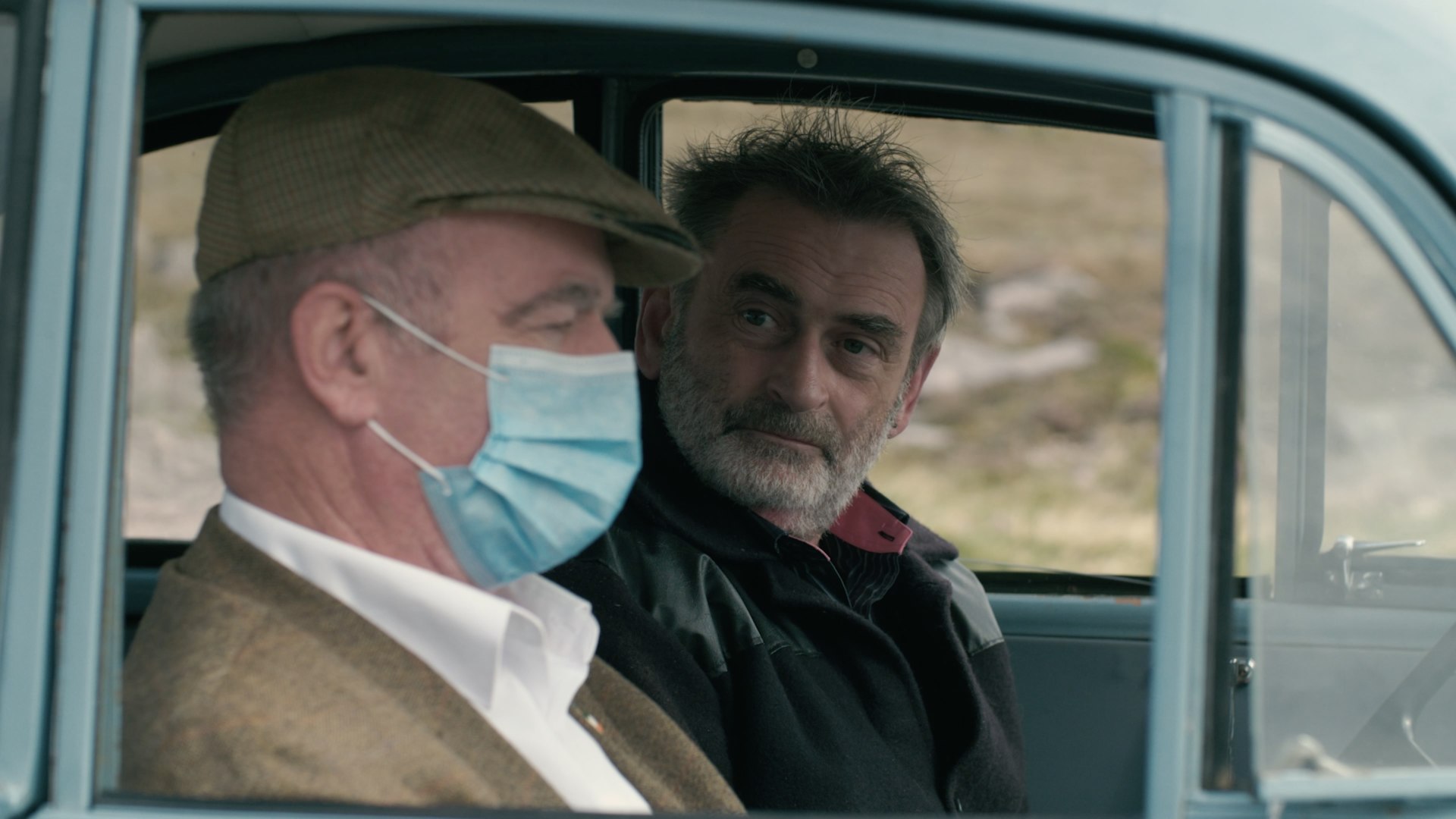 When producer Niamh Fagan brought IFTA winning director Tom Sullivan and BAFTA winning writer Kevin Toolis together to explore the notion of life and death in the time of Covid, Is Olc an Ghaoth was born.

Is Olc an Ghaoth is an Achill Island Gothic Triptych – three sad-funny short films that fold into each other, set on a slightly off-kilter, quirky Covid-bound Island.

Kevin Toolis, known for his bestselling book, ‘My Father’s Wake – How the Irish Teach Us to Live, Love and Die’ wrote the three screenplays which were brought to life by multi-award-winning director Tom Sullivan (Arracht, Fir Bolg,).

“There’s a pathos in the quiet, observational style of Kevin’s writing and a gentle, dark humour, it’s why I loved the scripts, that and the setting. There is something almost otherworldly about the West of Ireland particularly in places like Achill, it’s what we set out to capture.'” said Tom Sullivan. He added, “I’ve always been attracted to the kind of defiant stoicism you see in rural Ireland – those who didn’t get the fancy education, who didn’t ‘do well’ in Cleveland or Chicago. The story is about those people that kept the, albeit at times smouldering, flame alight.”

Whatever about Life and Death in the Time of Covid, filming during Covid-Time was a very real challenge. Producer Niamh Fagan (Shooting the Mafia, Rásaí na Gaillimhe) commented, “Shooting on location is challenging at the best of times, doing so under Covid Rules is doubly so. TG4 were really supportive. They trusted us to take the Covid issue seriously and let us get on with the job in hand. We had a great team who all worked together to comply with the additional restrictions and rules. We were a lean, mean shooting machine – we were on location, shot, in the can and home before the virus even knew we had been there”.

When their dead brother Máirtín comes home from America in an enormous bronze casket during the COVID pandemic two estranged brothers Padraig and Eamonn struggle over what to do for his wake.

I bhFlaithis Dé (God’s Own Pocket)

Mourning his dead brother, and in desperate search of a pint in the COVID lockdown, Padraig gets more than he bargained for from the local pub landlady Síle and her lost dreams of Dallas.

Marooned in the wilds of Achill, Padraig stumbles on a mysterious Yank in a strange car who knows too much about life, death and Padraig.

and John Finn as Maírtín.