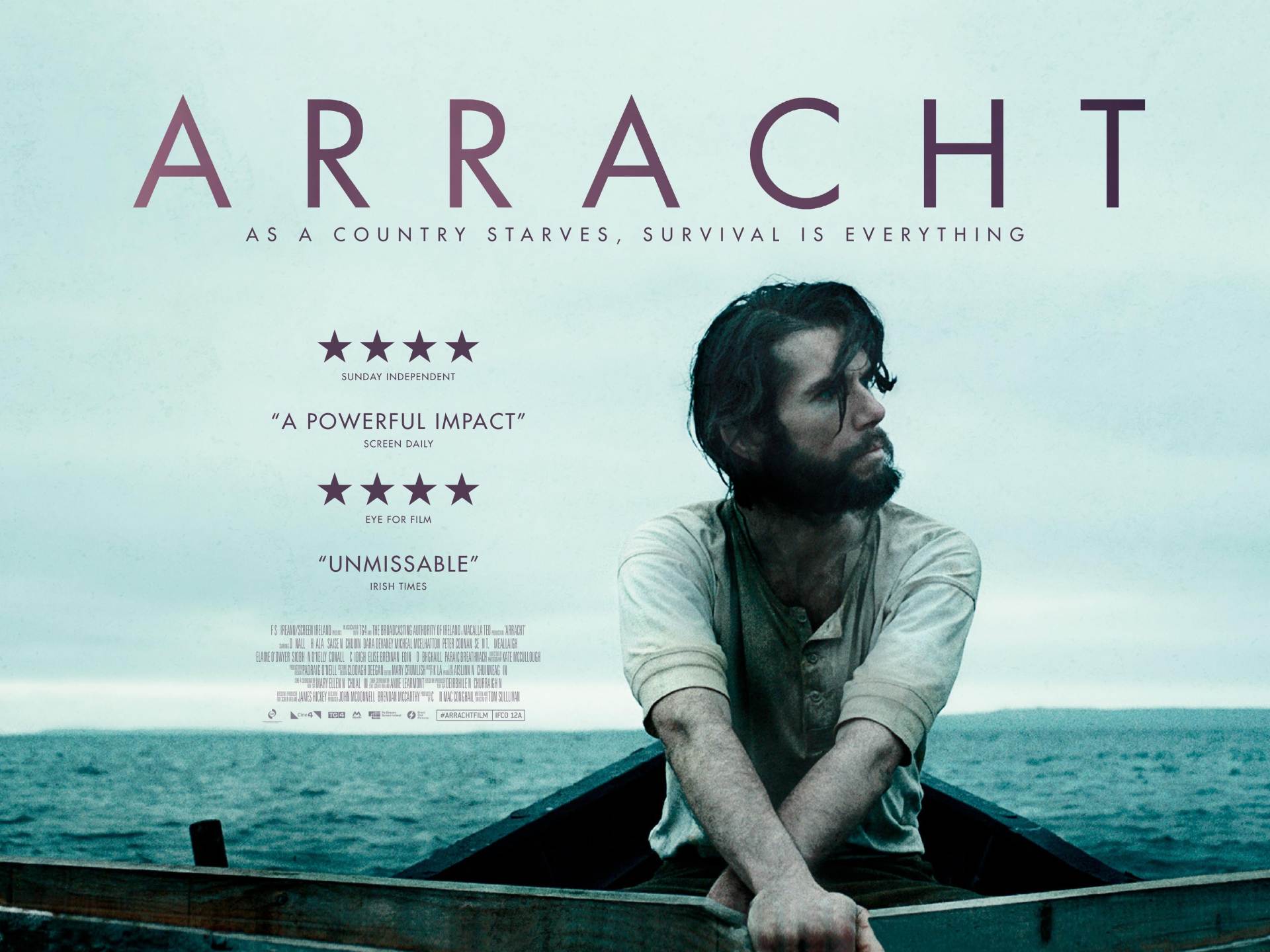 TG4 are elated by today’s announcement by IFTA that Arracht, an Irish-language feature film from the Cine4 initiative has been selected as Ireland’s entry for the Oscars’ Best International Feature Film category at the upcoming 93rd annual Academy Awards.

Cine4 is a partnership between TG4, Screen Ireland, and the Broadcasting Authority of Ireland (BAI) to develop original feature films in the Irish language.

Set in Ireland in 1845, Arracht centres on Colmán Sharkey, a fisherman, a father, a husband, who takes in a stranger at the behest of a local priest. Patsy, a former soldier arrives just ahead of ‘the blight,’ a crop disease that caused the Great Plague, killing and displacing millions of Irish people. As the crops rot in the fields, Colmán, his brother and Patsy travel to the English Landlord’s house to request a stay on rent increases that Colmán predicts will destroy his community. His request falls on deaf ears and Patsy’s subsequent actions set Colmán on a path that will take him to the edge of survival, and sanity. It is only upon encountering an abandoned young girl that Colmán’s resolve is lifted. Just in time for the darkness of his past to pay another visit.

Alan Esslemont, Director General of TG4 welcomed today’s announcement saying “Too often, great creative talent in Irish is invisible in Ireland, solely because they create, act or broadcast in the country’s minority language. Thus when TG4, Screen Ireland and the BAI launched the Cine4 scheme, we said that we chose to go, not to the moon, but to the Oscars. The vision was to seek international validation for cultural and creative works in the Irish language. We want to see Irish language cinema develop, be recognised nationally and grow a global footprint of appreciation. I applaud Macalla and all those involved in ‘Arracht’ for their talent, drive and belief in this compelling film which has already won major national and international awards and is now recognised and rewarded by the Irish Film and Television Academy.”

Tom Sullivan, writer/director of Arracht said: “I am overjoyed with the news that Arracht has been chosen by the IFTA selection committee to represent Ireland in the Oscar’s Best International Film category. This is recognition of the team’s work and dedication and to be considered on this level is a huge honour and beyond exciting. It’s been a funny old year to be in the film business but the support Arracht has received from everyone has really kept us going. Thank you to our funders Screen Ireland, BAI, and TG4 and thank you IFTA for all your support.”

Arracht won two IFTA Awards at this year’s Awards Ceremony along with 9 other IFTA Nominations. Since its premiere in Tallinn, Arracht has won accolades at other festivals including the Dublin International Film Festival, The Galway Film Fleadh, and the Glasgow Film Festival.

The Best International Film contenders will next be shortlisted to 10 international finalists which will then be ultimately shortlisted to the final 5 Oscar Nominees in that category in advance of the Oscar ceremony which was originally scheduled for 28th February, but has been shifted out to April 2021, due to the Coronavirus Pandemic.

The 93rd Academy Awards ceremony (the Oscars) will take place at the Dolby Theatre in Hollywood, Los Angeles, California on Sunday 25th April 2021 and will honour the best films of 2020.

Break Out Pictures will be releasing ARRACHT in cinemas, Spring 2021.